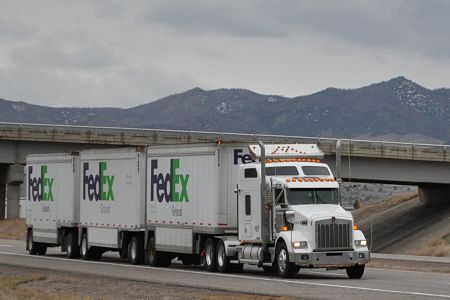 A top FedEx official called for more federal investment in America’s transportation infrastructure in testimony to the Senate Commerce Committee’s surface transportation subcommittee last week, according to a report in the Commercial Appeal.

Ducker’s appearance came after a meeting last week with President Donald Trump to discuss the future of trucking and transportation as part of the President’s jobs and infrastructure agenda.

The Trump administration is working on a 10-year, $1 trillion infrastructure plan, but how it would be funded is unclear.

FedEx Freight is Memphis-based FedEx Corp.’s trucking unit. It operates more than 20,000 vehicles that carry more than 100,000 shipments a day while averaging 5 million daily miles by roads and rail.

“The highway networks are being overwhelmed with e-commerce,” Ducker said. A move to 33-foot trailers nationwide, without changing an 80,000-pound truck weight limit, would increase the volume of freight carried by 18.6 percent.

FedEx and other companies have operated 33-foot tandems in Florida for years.

“They are safer than our current twin 28s,” Ducker said.

But Sen. Roger Wicker, R-Miss., said he opposes a federal mandate on 33-foot tandems and favors the rights of states to opt out of allowing them. “There are huge concerns, safety concerns, as expressed by sheriffs, by the AAA (American Automobile Association), by safety advocates that have come to see me,” Wicker said.