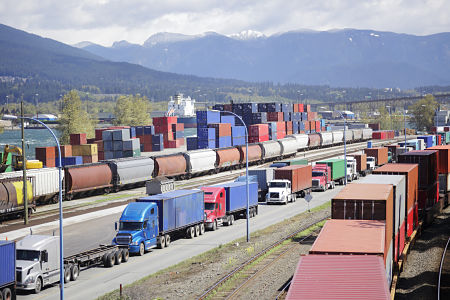 While the expansion is already affecting global trade, it is expected to alter U.S. trucking routes, according to an article on trucks.com.

For shippers moving Asian products to the East Coast, the ability to use larger vessels that can directly access ports like Savannah, Ga., and New Jersey will eliminate the need for long-haul shipping.

The trucking industry will start to feel these effects as more port infrastructure projects are completed over the next several years to support a shift to shorter distance regional trucking.

Most U.S. ports are still deepening their channels and upgrading their infrastructure to accommodate these vessels. New Jersey, New York, Baltimore and Norfolk, Va., have increased their channel depths to 50 feet and created more berthing space. The Port Authority of New York and New Jersey also recently finished raising the clearance of the Bayonne Bridge to allow access to the Port Newark Terminal.

The Panama Canal expansion would alter trucking routes in the U.S. by reducing the need for long hauls starting on the West Coast and creating more demand for regional hauls on the East Coast.

The demand for trucking is already growing at some ports. In early June, the OOCL France became the largest ship to dock on the East Coast, calling at Charleston, S.C., and Savannah with a record 13,209-TCU volume.

“Ships are getting bigger,” said Joe Harris, spokesperson for the Virginia Port Authority.

The Port of Virginia handled a 12 percent volume growth in the past year with 30 fewer ship calls, Harris said. Truck-gate moves – every time a truck has a touch point with a container in the port – rose 18 percent compared with the previous May.

The port has already expanded its truck capacity with more gates.

“Ocean carriers are wanting to take advantages of the deep water here in Virginia, and our trucking community is within a day’s drive of two-thirds of the nation’s population,” he said.

While this could require Old Dominion to make changes in its fleet and staffing, Plemmons does not believe it will impact profitability.

“More cargo is moving to the East Coast, but from the perspective of what coast doesn’t make a difference to us,” he said. “We certainly have the ability to shift resources if needed and are equipped to handle cargo wherever it enters the U.S.”

The “battleground” of East Coast-West Coast port and trucking competition will not necessarily be on the coast itself but at inland ports where shippers now have more options, according to C.H. Robinson analysts. Shippers in cities such as Memphis, Chicago, Detroit and Columbus may soon find it more attractive to truck cargo to ports like Savannah and Norfolk than to Long Beach or Los Angeles.