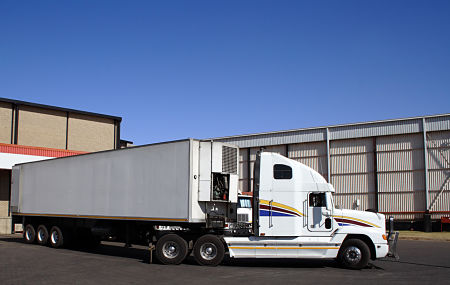 Commercial truck driving has a reputation for grueling hours, weeks away from home, and a burly machismo that isn’t particularly welcoming to women. It’s high time that reputation got a makeover, according to a report by NBC News.

A 2017 report by the American Trucking Association noted that the industry needs to hire almost 900,000 more drivers to meet rising demand, while the latest jobs report noted that 185,000 jobs have been added over the past four months alone. Bottom line: this sector is getting desperate for talent, and the problem is only worsening.

“The shipping infrastructure is facing a tight capacity crunch this year, and the small- to-mid-sized business shipper will feel the upward pressure in raised rates due to the lack of drivers and trucks available,” said Tim Story, EVP of freight operations at Unishippers.

And the workers prized by many of these companies aren’t getting any younger.

“The average age of commercial truck drivers is 55 and rising rapidly,” said Jon Gilbert of PLG Consulting. “The concern is that older, qualified truck drivers are retiring, and we are not getting adequate replacement drivers.”

A tough sell to young people

Young people looking at a first or new career may be disenchanted by commercial trucking not only because of what Gilbert describes as an “arduous lifestyle,” but because they need a special kind of license (CDL) to qualify. Though some companies offer free training (tuition can cost up to $8,000), that’s hardly the standard, and either way it’s a solid investment of time. You also need to meet physical and health requirements, and, in what is perhaps the biggest obstacle the industry sees here, be at least 21 to cross state lines.

“Right off the bat we’re knocking a significant portion of potential workforces out with that age restriction,” Brian Andalman, director of carrier sales and client services at AFN, told NBC News. “If kids aren’t interested in doing college but can’t attack this arena, that’s a big hurdle.”

Neil Abt, senior editor at Fleet Owner, noted that there are efforts in the industry to “create graduated licensing programs that would allow 18-20-year-olds into the industry, as opposed to them starting a career elsewhere and being gone by the age of 21.”

However, the larger issue in appealing to younger adults seems to point to deeper roots.

Abt notes that in recent years there has been more recruiting from companies via social media, which is “a good start”, but Story observes that companies are struggling to lure fitting candidates — and it’s hurting their wallets, especially if they’re shelling out higher pay to retain top talent.

“Carriers are having to spend more money on advertising to get people to apply, but only getting one to two drivers out of each 100 applications they receive,” said Story. “Between the training required, predominantly male-dominated field, age hurdles and more, carriers are having to pay drivers higher rates that will continue to increase. Right now, there aren’t enough qualified drivers in the applicant pool to satisfy the needs of the industry. Until a recruitment solution is identified, it will continue to be a problem.”

One company that seems to have found a solution, at least for itself, is UPS. Dan McMackin, public relations manager at UPS and a former truck driver himself, told NBC News that while the company does have to get creative during the Christmas season to bring in new workers, the company isn’t facing any general shortage of drivers.

“We have roughly 127,000 drivers, and about 20,000 of those are tractor/trailer,” McMackin said, adding that the majority of the drivers work in delivery. “About 12,000 or so are over the road, but most just go out in one day for around five hours and then return that distance. This makes it a very unique and attractive job offering because you don’t have to sleep in a truck cab or berth or eat at truck stops.
We’re one of the largest users of rail in America, so any ground shipments going beyond about two states away from origin go on the rails.”

Though UPS does recruit outside the company, most of its drivers come from the UPS pipeline and, like McMackin, have held other internal positions before they work up to being a driver, where the perks are cushy. “They get a better package than I do: full pension, full healthcare, and a 401(k) that the company matches.”

McMackin adds that while he’s not certain of the stats, the job does skew mostly male, but that said, some of the best drivers he’s ever worked with have been women, and he hopes to see more taking the wheel.

That most truck drivers are men is a critical point, and an area where the sector has the most advancements to make.

Driver perks can include full pension, full healthcare, and a company-matched 401(k).