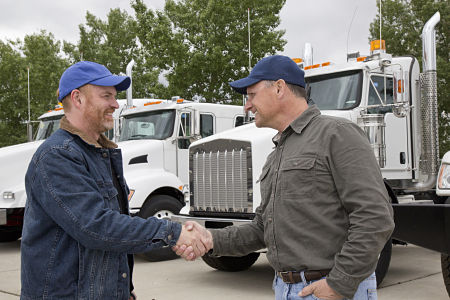 The pace of hiring improved slightly in April as the unemployment rate fell below 4% for the first time since the end of 2000. Trucking employment, however, saw no such gains as jobs in the industry declined for the first time in eight months, according to a report in Freightwaves.

The Bureau of Labor Statistics reported that employers added 164,000 workers to payrolls during the month, up from an upwardly revised gain of 135,000 in March. This falls short of consensus estimates of 191,000, but the solid reading serves as a reminder that hiring trends remain generally healthy in the overall economy.

In addition, the jobless rate in the economy fell to 3.9% in April, marking the lowest unemployment rate since December of 2000. The decline in the headline number is a bit deceiving however, as the drop in the unemployment rate was driven almost entirely by a fall in the size of the labor force rather than improvements in the pace of hiring in the economy.

Elsewhere in this morning’s report, wage growth also fell short of expectations, as hourly earnings rose by a meager 0.1% in April. This follows a downwardly-revised 0.2% gain in the previous month and leaves average wage growth just 2.6% higher than at this point last year.

Trucking hires also disappointed in April, as employment in truck transportation fell by 5,500 on a seasonally adjusted basis during the month. This comes on the heels of a 7,200-job gain in the previous month and marks the first decline in trucking employment since August 2017.

Conditions in freight markets have normalized some after a significant surge in demand towards the end of last year, but the industry still faces a general growing shortage of drivers to move available freight. To that end, carriers have stepped up wages and benefits to attract and retain drivers. Hiring during the 1st quarter in the trucking industry was the strongest in years, but the April results show that there is still more to be done.

The headline job growth results were a bit weak but combined with the 30,000 revisions to previous months’ data, job growth fell roughly in line with expectations. As discussed last month, the pace of hiring is likely to gradually slow on average because the pool of available workers is shrinking. As such, numbers between 125,000 to 175,000 are likely to be more common. The drop in the unemployment rate was certainly headline-grabbing, but it fell for the wrong reasons and isn’t a sign that labor market conditions have gotten markedly tighter.

The bigger story here were the wage results, where the weak April results and downward revision to March data changes the overall wage picture. Previously, the data would have suggested that wages were accelerating in general and as labor conditions tightened, may accelerate further.

Now, it looks more like wage growth remains stuck, which could become a problem for consumers considering that inflation appears to be gradually rising and interest rates continue to increase. Some were suggesting that the Fed may step up their pace of interest rate hikes, with potentially four rate increases over the course of 2018. However, the weakness in wage inflation is likely to gives some pause to this notion.