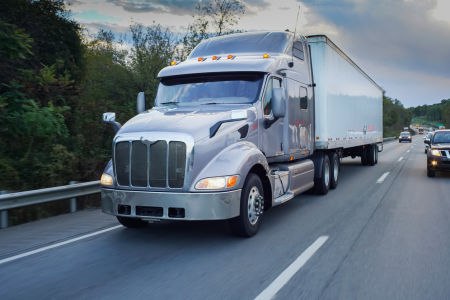 The first quarter of 2018 was a good one for leased and independent owner-operators, according to data from American Truck Business Services (ATBS).

The Colorado-based firm reports that owner-operators brought in higher revenue and better take-home pay during the first three months of the year.

According to Overdrive magazine, the industry’s smallest carriers were able to take advantage of the tight trucking market and high rates.

Mileage for owner-operators has been mostly flat the last quarter of 2017 and the first quarter of 2018. Fuel costs, however, have risen, cancelling out some of the revenue gains.

Independent owner-operators took home $15,586 in the first quarter, also a gain of around $1,000 year over year.

The average net income of owner-operators in 2017 exceeded $60,000 after a slight dip in the previous year, based on data collected by ATBS. Rate Per Mile increased five percent on average from 2016, however, average miles driven went down by half a percent, according to the group.

Each year, ATBS conducts an analysis of data collected from its owner-operator clients.

“We’ve rebounded strongly from the freight recession of the last few years and 2018 is shaping up to be a record year for owner-operators,” said Todd Amen, president and CEO of ATBS.

While owner-operators are seeing an uptick in revenue, that trend has been matched by the larger publicly traded companies.

Nearly all carriers who release earning statements reported increases compared to the same periods in 2017.

Here’s a sampling of those statements, as reported in Overdrive:

“We think it’s going to be a terrific year for owner-operators,” Gordon Klemp, president and CEO of the National Transportation Institute, told the Commercial Carrier Journal. “Top drivers are going to realize that a lot of owner-operators are making a lot of money,” which could lead some of them to consider buying their own truck, likely through lease-purchase but also potentially outright.

The recent tax overhaul – with its 100 percent depreciation in the first year on new and used trucks and trailers – smooths the way for drivers who can get financing to make the leap into truck ownership without going through a lease-purchase program. Add to that the bargains available on three-to five-year-old used trucks, and it “really changes the complexion of being an owner-operator,” said Klemp.