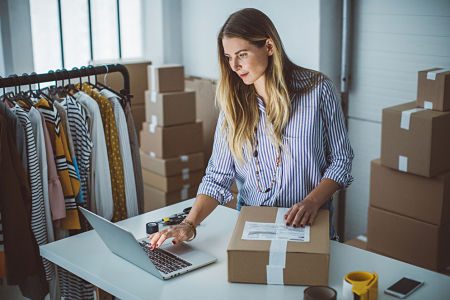 The emerging online and e-commerce market is reshaping the trucking industry, according to recent research by the American Transportation Research Institute (ATRI).

ATRI’s analysis looks at challenges and opportunities that more regionalized retail supply chains and the proliferation of urban “last mile” deliveries have presented. This research was identified as a top research priority by ATRI’s Research Advisory Committee.

The analysis provides background on emerging e-commerce and omni-channel retailing trends and maps the implications of these trends to trucking operations and the industry’s top ten issues.

Key findings in ATRI’s report include:

“ATRI’s research provides a critical roadmap for trucking industry stakeholders to address the challenges and benefits of e-commerce and omni-channel retailing,” said Tom Benusa, CIO of Transport America. “These trends are game-changing, and our industry must adapt quickly to ensure that trucking continues to be the preeminent freight mode.”

E-commerce has also prompted several carriers to add “final mile” services, along with “white glove” deliveries of large and bulky items like furniture and home appliances to residences. ATRI says a few large carriers, including Schneider, J.B. Hunt and XPO, are not only delivering these items to residences, but also providing value-added services like installation, product assembly and repairs.

“Ultimately, trucking operations will need to remain flexible and continue to adapt as the implications of e-commerce and omni-channel retailing shake out,” ATRI says. “The industry has largely benefited from this source of growing demand for truck transportation and is presented with an opportunity to expand into a growing industry segment – the ‘last mile.’”

ATRI notes the rise of online shopping and e-commerce could be good news for the truck driver shortage – the top issue facing the trucking industry according to ATRI’s annual fleet survey – as local pickup and delivery operations keep drivers closer to home, eliminating a frequently cited quality of life concern for truck drivers. However, ATRI says this could also lure drivers away from the truckload sector, further exacerbating the high turnover rates for truckload carriers.

To illustrate the trend, industry-leader Amazon recently rolled out a field test of its six-wheeled sidewalk robot called Amazon Scout.

“These devices will begin delivering packages to customers in a neighborhood in Snohomish County, Washington,” the company’s announcement says—that’s just north of Seattle. Amazon says that its robots “are the size of a small cooler and roll along sidewalks at a walking pace.”

Amazon is far from the first company to experiment with sidewalk robots. Startups like Starship and Marble have been testing the concept for a few years now. But as the Internet’s largest retailer, Amazon has the potential to rapidly make sidewalk delivery robots a mainstream phenomenon.

“We’re starting with six Amazon Scout devices, delivering packages Monday through Friday, during daylight hours,” Amazon says. “The devices will autonomously follow their delivery route but will initially be accompanied by an Amazon employee.”