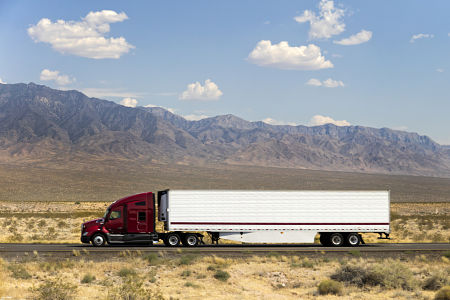 WASHINGTON, D.C. – Todd Spencer, CEO of the Owner-Operator Independent Drivers Association (OOIDA) and Chris Spear, CEO of the American Trucking Associations (ATA) had their day in Congress June 12 as part of the House Highways and Transit subcommittee hearing titled “Under Pressure: The State of Trucking in America.”

Spencer painted a bleak picture of the state of the industry. “Unfortunately, trucking has been fundamentally broken for years, and conditions show little sign of improving,” Spencer said. “Until Congress understands the most important component in trucking is the driver, very little will change. The next steps you must take are clear – help make trucking an appealing, safe and sustainable career.”

“ATA pledges to help this subcommittee write legislation that takes into consideration the state and future of the trucking industry, looking beyond the hood – 5, 10, 15 years out – and how we can improve safety through innovation; how we can grow a diverse, well-trained workforce that shores up the very real and well-documented shortage of talent; how trucking can generate and invest real money into our decaying infrastructure; and, how trucking can help you shape free and fair trade agreements that make the United States the strongest economy in the world.”

In his testimony, Spear said the industry is committed to safety on the nation’s highways, and to the deployment of proven technologies that will make the roads safer.

“Safety anchors the very foundation of the trucking industry, shaping our core values and decision making,” he said. “That is why the trucking industry invests approximately $10 billion annually in safety initiatives, including onboard technologies such as electronic logging devices, collision avoidance systems and video-event recorders.

“These investments also include driver safety training, driver safety incentive pay and compliance with safety regulations,” Spear added, “and while some of these investments are made to meet a myriad of regulatory requirements, many of them are voluntary, progressive safety initiatives adopted by our members and they’re paying dividends in highway safety.”

Spencer and Spear were two of eight witnesses representing the industry.

Spencer, speaking on behalf of OOIDA’s more than 160,000 members, focused on informing lawmakers about the hardships and challenges truckers face every day and asking Congress to recognize that many current trucking regulations do little or nothing to improve highway safety.

“Our typical members spend 250 nights or more away from home and family each year,” Spencer said. “They deal with way too much traffic and congestion and bad and unpredictable weather while working around the schedules of all others in the supply chain.”

He said detention time for truckers is a critical issue.

Many truck drivers spend hours every week waiting to be loaded or unloaded while receiving no compensation for that time.

“It is a monstrous problem that has actually cost trucking as much as $3 billion a year,” Spencer said. “The way it works out it means that driver workweeks are always going to be 70-80 hours and sometimes more. They are not always working all those hours, but their time is being controlled by others. The biggest bandits are shippers and receivers, and I should point out that some of them actually have the gall to charge drivers for late deliveries.”

Spencer also addressed the issue of over-regulation. At one point, Spencer picked up a copy of the 700-page Federal Motor Carrier Safety Regulations Handbook to give lawmakers an idea about how many regulations truck drivers are forced to follow. However, the regulations have not led to a decrease in fatal crashes. Spencer used the electronic logging mandate as an example. In January, a preliminary study revealed that the ELD mandate has not reduced crashes.

“Looking at what the data shows, there is a disconnect between compliance with the regulations and improved safety outcomes,” Spencer said. “Most of the regulations that are enforced that make up CSA (Compliance, Safety, Accountability scores) have nothing to do with safety, but that has been the focus.

“The rigidity of the regulations sometimes forces drivers to do things they don’t want to do.”