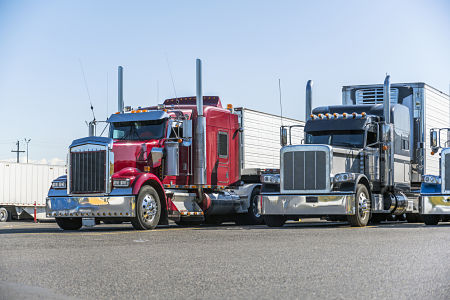 The American Transportation Research Institute (ATRI) recently released the findings of its 2019 update to “An Analysis of the Operational Costs of Trucking,” a report that showed “considerable upward pressure on nearly every line-item cost center experienced by carriers.”

ATRI used detailed financial data provided directly by motor carriers of all sectors and fleet sizes in the research effort, which provides industry stakeholders with an essential benchmarking tool, and government agencies with input on industry finances necessary for comprehensive transportation planning and infrastructure improvement analyses.

The average marginal cost per mile incurred by motor carriers in 2018 increased 7.7 percent to $1.82. Costs rose in every cost center except tires, with fuel costs experiencing the highest year-over-year growth of 17.7 percent. Not surprisingly, insurance costs saw the second-fastest year-over-year growth at 12 percent. As a strategic response to the severe driver shortage that existed in 2018, driver wages and benefits increased 7.0 and 4.7 percent, respectively – representing 43 percent of all marginal costs in 2018.

Repair & Maintenance (R&M) costs, at 17.1 cents per mile in 2018, have increased 24 percent since 2012 – a counterintuitive increase given the record sales of new trucks and trailers.

From 2012 to 2018, overall motor carrier operational costs have increased more than 11.6 percent – exceeding the 10.8 percent inflation rate for that same time period.

Despite the industry experiencing a major retention/turnover crisis, annual changes in bonuses do not seem to reflect the problem. Regarding bonus pay, starting bonuses increased nearly 12 percent to $1,562. However, retention bonuses dropped significantly from $836 to $672, a nearly 20 percent drop. Safety bonuses also decreased to $1,238, six percent less than 2017.

Last year was also the first year that carriers were required to have an electronic logging device or automatic onboard recording device. Consequently, initial setup combined with recurring service costs added to expenditures.

According to the report, ELD per unit fees are $757.81, plus an additional $37.32 per month for subscription fees. AOBRDs are more expensive at $960.97 per unit and a monthly subscription fee of $39.32. ATRI attributes lower ELD costs to greater competition among many ELD providers compared with a smaller number of companies offering AOBRDs.

Only 31 percent of respondents in ATRI’s report had an ELD in 2018, with 67 percent using an AOBRD. The number of ELDs will likely increase in next year’s report as other surveys have indicated most fleets adopted ELDs by the third quarter of this year, according to ATRI. Furthermore, the operational costs for ELDs will likely be even higher for the 2020 report since AOBRDs must be replaced with ELDs by Dec. 16, 2019.

“ATRI’s 2019 Operational Costs research highlights the extent of the cost increases our industry experienced in 2018. Savvy carriers will continue to use this cost data as a benchmarking tool, and to better educate our customers on the financial and operating pressures our industry faces,” said Jerry Sigmon, executive vice president of Cargo Transporters, Inc. “The new 2019 report also gives us important explanations and hints on how to better manage the cost volatility we’ve been experiencing.”

Does NACFE have an answer?

A new report from the North American Council for Freight Efficiency (NACFE) addressed the feasibility of intentional pairing of tractors and trailers and the potential operating costs savings associated with the practice.

The report says that a change in operations to allow for more “intentional pairing” of tractors and trailers could lower truck operating costs. NACFE suggests that a 5-10 percent net improvement is feasible, according to a report in freightwaves.com.

“We concluded there is not a lot of opportunity to intentionally pair tractors and trailers,” Roeth said.

However, NACFE found that the growing number of GPS tracking systems and more data being generated by trailers does open a door, albeit slightly, for more efficient asset optimization in specific applications.

Roeth said the dynamics of the North American freight system just aren’t designed to benefit from intentional pairing of assets “except in very niche applications,” he said. “The whole freight system in North America is designed around keeping the tractors and trailers moving.”

In the end, NACFE concluded that intentional pairing “is not realistic given the realities of today’s trucking industry.”