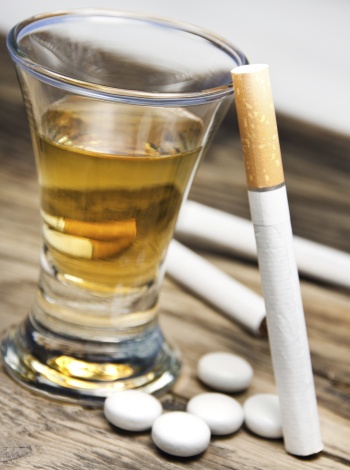 The American Trucking Associations (ATA) has come out swinging against a recent Brazilian study that claims drug and alcohol use among commercial drivers is as high as 12 percent.

ATA CEO Bill Graves said the real number on drug and alcohol use is less than one percent, according to statistics from the Federal Motor Carrier Safety Administration (FMCSA).

“These numbers show the strength of our industry’s commitment to safe highways and the hard work of law enforcement to root out bad actors that comprise a very small percentage of our industry,” Graves said.

The ATA is calling on U.S. media outlets to stop citing the report, calling the statistics inaccurate and the coverage “sensationalistic.”

The study in question was conducted by the Universidade Estadual de Londrina in Brazil and looked at 36 similar studies conducted worldwide. Twenty-three of the studies relied on driver surveys instead of testing biological samples.

“When I recently assumed the role of chairman of American Trucking Associations, I said one of my primary aims was to increase the level of respect we have for our professional drivers,” said ATA Chairman Phil Byrd.

“I can think of nothing more disrespectful than being tarred as a drug user or drunk driver based on inaccurate reporting and a specious study. The outlets that ran with this story and did not try to verify its accuracy with U.S. data, owe the millions of safe, dedicated drivers that deliver America’s most essential goods every day a sincere apology,” said Byrd.

Graves said the study and ensuing media reports fly in the face of ATA’s long-standing advocacy to eliminate drug and alcohol use among drivers.

He said ATA was an early advocate for testing regulations and is currently calling for the establishment of a nationwide clearinghouse of positive drug and alcohol test results.

In addition, ATA supports a number of other initiatives tied to safe driving practices, including administrative license revocation for alcohol violations, ignition interlock devices and stricter open container laws to cut down on drug and alcohol use on the open road.

The study, conducted by Edmarlon Girotto, found that younger, less well-paid drivers are at a higher risk of substance abuse on the job.

Most of the studies reviewed in the Brazilian project took place in larger countries such as the U.S., Australia and Brazil.

“It has been proved that drugs and alcohol impair driving and cause a greater risk of traffic accidents,” Girotto wrote in the journal Occupational and Environmental Medicine.

“Gas stations, trucker stops and companies that employ these professionals must be more closely observed regarding the sale and consumption of these substances,” he added.

Together, the studies show that truckers most frequently use alcohol, amphetamines, marijuana and cocaine.

The percentages were lower when studies relied on biological samples instead of questionnaires, but the researchers said the samples only revealed recent use of alcohol and illicit substances — not whether a trucker had ever used these substances while on the road, according to Girotto.

Researchers analyzed evidence from around the world to get a sense of how much is known about how frequently truck drivers use legal and illegal “psychoactive” substances like alcohol, marijuana, amphetamines and cocaine.

Though drivers most frequently admitted to drinking alcohol, that was the substance found least often when they were given drug tests. But surveys and drug tests were usually given to different groups of drivers, so they can’t necessarily be compared side-by-side, the authors note.

These results come from small, specific groups in many countries and can’t necessarily be applied to all truck drivers everywhere, the authors caution. More studies are needed to get a fuller picture of drug use among drivers.

“The consumption of psychoactive substances is an important risk factor for the individual and collective health,” Girotto said. “Thus, we believe that use of these substances could affect the steering capacity.”

“We acknowledge the pressure and daily demands on commercial motor vehicle drivers, but also believe the vast majority of truck drivers are dedicated professionals who would never jeopardize their careers, their safety and the safety of other travelers by using substances or medications that would adversely impact their ability to operate safely on the nation’s highways,” said FMCSA spokesman Duane DeBruyne.