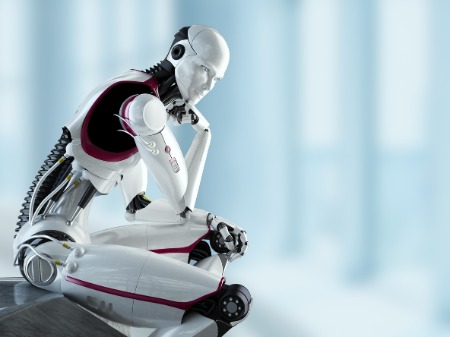 For years, talk in the trucking industry has been about the emergence of driverless or autonomous vehicles traveling on our highways.

Most considered the prospect a future possibility. That future has arrived.

One example is San Diego-based TuSimple, founded in 2015. TuSimple is a developer of heavy-duty, self-driving trucks and the autonomous startup has already created a freight network along the Sun Belt from Phoenix to Houston, according to a report in newsnationnow.com.

TuSimple’s driverless truck is built to blend in, but equipped with high-definition cameras, radars, and artificial intelligence. It can “see” a thousand meters ahead and 360 degrees around the vehicle.

Koabi Brooks, TuSimple’s general manager, has been working on the company’s “driver-out” system for four years and no longer gets nervous when taking his hands off the wheel.

The “driver-out” system drove for an hour up and down the Arizona highway, switching lanes, taking exit ramps, and maneuvering around traffic — all while nobody touched the wheel.

“The technology’s here … we have to show the world that it works,” Brooks said. “And really, for over-the-road trucking, we do think that ‘driver-out’ is the next step for this. When people talk about the driver shortage, they are really talking about over the road. There are plenty of drivers out there but living on the road … is less and less popular.”

Aniruddh Mohan, a PhD candidate in engineering and public policy at Carnegie Mellon University, says the automation of truck driving is happening.

“When we talked to truck drivers, literally everyone said, ‘Yeah, this part of the job can be automated.’ We thought they would be a bit more dubious.”

Mohan said the biggest hurdle may be infrastructure. The short trip from a factory or distribution center to an interstate is usually far more complicated than the next several hundred miles. The same is true once the machine exits the interstate. One solution is for trucking companies to set up transfer stations at either end, where human drivers handle the tricky first leg of the trip and then hitch their cargo up to robot rigs for the tiresome middle portion. Another station at the exit would flip the freight back to an analog truck for delivery.

Such a system, according to a recent study out of the University of Michigan, could replace about 90 percent of human driving in U.S. long-haul trucking, the equivalent of 500,000 jobs.

Mohan said autonomous systems still need to figure out how to navigate in crummy weather far better than they can now. Second, regulators in many states still have not cleared the way for robot rigs. Finally, there is the infrastructure to consider — all the transfer stations where the cargo would pass from the caffeine-fueled analog to the algorithms.

Still, if trucking companies focused only on America’s Sun Belt, they could easily offset 10 percent of human driving, the study shows. If they deployed the robots nationwide, but in warmer months only, half of the country’s trucking hours could go autonomous.

“It is happening already, but in a fairly limited way,” said Parth Vaishnav, a climate and energy assistant professor at Michigan and co-author of the study. There are about 3.3 million truck drivers in America, though many do not stay in the trade long. The long-haul jobs are some of the worst. Not only are they protracted and tedious, but they are among the lowest-paid gigs. Long-haul drivers are on the road about 300 days a year and make around $47,000; short-haul routes can be trickier and, as such, pay better and attract more experienced drivers,” he told Bloomberg.

“If everything goes perfectly well, we might put six percent of the U.S. freight in autonomous vehicles,” Daum said. “That means 94 percent of the freight still needs drivers to be delivered.”

“Therefore, for me, this is not a threat for drivers. This will put nobody in unemployment,” Daum said. “This is absolutely necessary, ultimately, to keep our economy going,” he said during an April 12 briefing with journalists and analysts.