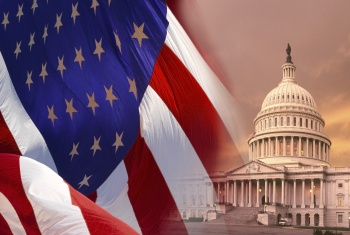 WASHINGTON, D.C. – U.S. representatives Richard Hanna (R-NY), Tom Rice (R-SC) and Mike Michaud (D-ME) have filed legislation in an effort to delay rules that govern how many hours commercial truck drivers can spend on the road.

The TRUE Safety Act bill proposes to delay the rule until the Government Accounting Office (GAO) can perform an independent assessment.

The rule went into effect July 1 and the legislators want to take another look to see if the new rule is good for the trucking industry.

Since the new rule went into effect, truckers have been limited to about 70 hours of driving per week, down from 82 hours. In addition, new rest requirements limit how much they can drive in the small hours of the morning, when roads are relatively empty.

“It is wrongheaded for the federal government to impose an arbitrary and capricious regulation that impacts almost every sector of the American economy without first finishing a study on its effectiveness,” said Rep. Hanna. “Federal agencies should have an obligation to prove that new rules and regulations do not cause more harm than good – in terms of both safety and costs.

“There are legitimate concerns that this new rule makes our roads less safe and hurts small business.  The TRUE Safety Act is a bipartisan effort to press the ‘pause button’ on this new rule while an independent assessment is completed to ensure the rule makes sense and will not actually harm the traveling public and American economy,” he added.

The Federal Motor Carrier Safety Administration (FMCSA) enacted the new rule on July 1 and the new hours of service rules are having a negative impact on the industry, according to a study completed by the American Transportation Research Institute (ATRI).

According to ATRI, the new rule will cost the trucking industry $376 million annually, rather than create a net benefit of $133 million that FMCSA predicted.  ATRI says the rule will also impact the construction, delivery services and fresh food distribution industries.

American Trucking Associations (ATA) President and CEO Bill Graves said the new rule has already had a negative impact. ATA cites the experience of Schneider National, which is reporting a 3-4 percent drop in productivity, little change in the fleet’s safety performance and an increase in driver dissatisfaction.

The proposed legislation will do the following:

The ATA, the nation’s largest trucking association, is a strong proponent of the legislation.

“When the Federal Motor Carrier Safety Administration went ahead with its changes to the restart rule, it did so without waiting for essential research to be completed,” said Graves. “This bill would simply do what should have been done in the first place: delay implementation until we really know the true operational impacts, costs and safety benefits.”

Rep. Rice echoed concerns raised by his colleagues. “I am proud to join my colleagues in introducing this bipartisan legislation because our American truckers are being held to a new un-tested standard that limits their productivity and ultimately – their profitability,” said Rice. “Congress required the FMSCA is to complete a comprehensive study before imposing new hours of service standards on our truckers. Instead, the agency has abused its authority and is requiring truckers to comply with one of the most stringent parts of its regulation prior to receiving their study’s findings. This legislation will rein in FMSCA and postpone the new un-tested hours of service regulation until its study is complete and require an additional study to ensure that our truckers are not being over regulated,” he added.

Rep. Michaud says he fears the new rule is pushing drivers to drive during rush hour traffic. “Many drivers plan their schedules to be on the road overnight so as to avoid traffic and other hazards during the day,” he said. “I’m concerned that the new rules push drivers to get back on the road during the morning rush hour, increase road congestion and jeopardize safety. The independent assessment required by this bill will ensure the regulations are based on sound data in order to minimize costs and improve safety.”