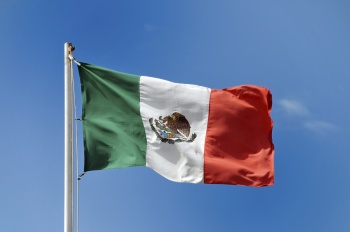 WASHINGTON, D.C. — Stymied at the lower court level, the Owner Operator Independent Drivers Association (OOIDA) is asking the U.S. Supreme Court to review a decision that allows Mexican commercial driver’s licenses to be recognized as valid in cross-border trucking operations.

The pilot program grants a limited number of Mexican carriers permission to provide trucking services to the interior of the U.S. provided they meet strict safety and operational requirements.

The current pilot program, started in 2011, treats a Mexican commercial driver’s license as equivalent to one issued in the U.S. and requires all Mexican trucking operations to follow the same rules as their U.S. counterparts when they are north of the border.

Currently 13 Mexican fleets have been granted authority to run in the current program. Three are waiting to receive their authority and another 17 have had their applications dismissed or they have been withdrawn.

Earlier this year the U.S. Court of Appeals for the District of Columbia Circuit denied petitions by OOIDA and the Teamsters union to declare the program illegal.

Judge Brett Kavanaugh, writing for the three-judge panel, said the court rejected all of OOIDA’s seven arguments plus an additional six posed by the Teamsters.

Both groups have been fighting the border opening since it was included in the North American Free Trade Agreement (NAFTA) signed by the U.S., Mexico and Canada in 1994.

The Teamsters, who joined OOIDA in the original suit, added other arguments, which also failed.

The union said that the program does not require Mexican trucks to display a decal showing that they comply with U.S. safety standards.

The court replied that the law applies only for trucks that are imported into the U.S. or introduced into U.S. interstate commerce, and that the agency has ruled that these trucks do not fit into that description.

The union also said that vision tests given to Mexican drivers require them to recognize only red, while U.S. drivers must recognize red, yellow and green.

The court found that Mexican medical standards don’t have to be the same as U.S. standards.  Some Mexican standards are more stringent, and provide a level of safety that’s at least equivalent to the U.S. level, the court said.

And the Teamsters said the program does not include enough Mexican carriers to yield a statistically valid finding about safety, but the court rejected this argument because the agency has not limited the number of Mexican carriers that can participate.

In a separate ruling, another panel of judges on the court rejected an argument by OOIDA that the safety agency could not exempt Mexican or Canadian carriers from U.S. medical requirements.

It upheld the agency’s contention that applying U.S. requirements to the foreign carriers would violate executive agreements among the countries.

One judge, David Sentelle, dissented from this finding, arguing that the Supremacy Clause of the Constitution says the U.S. requirements should stand.

The Sierra Club has also weighed in on the matter, saying the cross-border trucking program undercuts the National Environmental Policy Act precedent that federal agencies must consider the environmental consequences of their actions before making decisions.

The Supreme Court petition was filed solely by the truck drivers association, according to the docket. The high court has set a Nov. 27 deadline for the DOT to respond to the drivers’ petition.

Trucks carried three-fifths of the U.S.-NAFTA trade last year, according to the U.S. Bureau of Transportation Statistics.