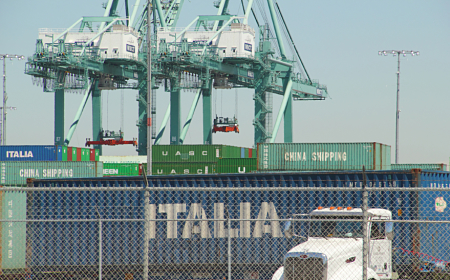 After four days of striking, short-haul truckers for three companies that move cargo in and out of the ports of Los Angeles and Long Beach returned to work on May 1, saying their employers’ businesses were disrupted by their job action, according to a report on SFGate.com.

Barb Maynard, who represents the International Brotherhood of Teamsters, which is working to organize the drivers, said the workers were able to get shipping terminals at the two ports to turn away their employers’ trucks over the course of their strike.

Maynard said there are “no discussions with the companies currently scheduled” about any changes in working conditions for the drivers.

The drivers walked off the job to protest what they believe are their misclassification as independent contractors. They say they are essentially full-time employees, and the contractor classification requires them to pay many of their own work expenses.

Pacific 9 Transportation drivers that were still picketing on May 1 also returned to work after five days, according to a press release from Maynard’s consulting company.

“We are proud of our progress in gaining public support for our effort to end wage theft and secure dignity, respect, and a union contract,” said driver Byron Contreras.

“We have millions of dollars in claims for wage theft against the company and we refuse to give up our fight. But we need to feed our families and while we’ve been on strike, the company has continued to charge us to use their trucks, to park their trucks in their yard, and to insure their trucks. We will be back with more actions and strikes until we win.”

The trucking companies have largely stood their ground, but the union organizers and disgruntled truckers saw one breakthrough last week. Carson-based Green Fleet Systems and the Teamsters issued a joint statement announcing a “comprehensive labor peace agreement” designed to give the company’s drivers a chance “to select an exclusive representative for purpose of collective bargaining.”

The union had repeatedly targeted Green Fleet with labor actions in the past. Last June, the National Labor Relations Board issued a complaint against the company for labor violations.

In January, another Carson-based logistics company, Shippers Transport Express, reclassified its drivers as employees, and the drivers quickly elected to be represented by the Teamsters.

Earlier this year, tough contract negotiations with dockworkers nearly closed 29 seaports from San Diego to Seattle. The port complex in Los Angeles and Long Beach is the primary West Coast gateway for hundreds of billions of dollars of annual trade with Asia.