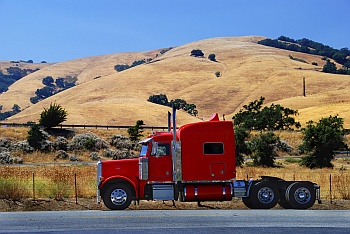 The Federal Motor Carrier Safety Administration (FMCSA) is planning to conduct a pilot program to study the safety benefits and impacts of increased flexibility in the use of sleeper berth breaks by professional truck drivers.

The National Association of Small Trucking Companies responded and now is working with the agency to plan a field operational test, the agency said.

“The trucking industry wants FMCSA to take its positive, laboratory-based findings on the value of split sleep and try to repeat them in a real world field study” said ATA President and CEO Bill Graves. “Doing a pilot test using professional drivers in actual trucking operations could give FMCSA even more scientific data on which to base future improvements to the sleeper berth rules.”

The hours-of-service rules for truck drivers require that they take 10 consecutive hours off after their 14-hour on-duty period, but increasingly sleep research highlights the benefits of shorter and more frequent rest periods.

“In the case of many truck drivers, particularly those working in teams, allowing them to break up their 10-hour off-duty period into two shorter periods would be beneficial,” said John Hausladen, president of the Minnesota Trucking Association.

In addition to examining the potential benefits of sleeper berth flexibility, the pilot project will also look at the role of technological improvements in promoting driver alertness and safety.

“The program will help both government and industry translate scientific findings from the laboratory to real world trucking operations by providing data and information on the relationship between sleeper berth flexibility for off-duty rest and safety outcomes.

It will also investigate the role of recent technological advances in monitoring driver alertness and behavior,” ATA and Minnesota Trucking Association leaders Dave Osiecki (ATA) and Hausladen (MTA) wrote in a letter to FMCSA. “We believe this program will expand our collective knowledge of fatigue management and driver alertness, with the goal to improve driver alertness and highway safety.”

New Hours-of-Service rules that went into effect in July were designed to improve safety for the motoring public by reducing truck driver fatigue, according to Ferro.

She said working long daily and weekly hours on a continuing basis is associated with chronic fatigue, a high risk of crashes, and a number of serious chronic health conditions in drivers. “It is estimated that these new safety regulations will save 19 lives and prevent approximately 1,400 crashes and 560 injuries each year.”

“These fatigue-fighting rules for truck drivers were carefully crafted based on years of scientific research and unprecedented stakeholder outreach,” said Ferro. “The result is a fair and balanced approach that will result in an estimated $280 million in savings from fewer large truck crashes and $470 million in savings from improved driver health. Most importantly, it will save lives.”

More than 50 percent of accidents involving heavy trucks are fatigue-related, according to the National Transportation Safety Board.

The National Highway Traffic Safety Administration estimates that 100,000 police-reported crashes are the direct result of driver sleepiness each year. This results in an estimated 1,500 deaths, 71,000 injuries and $12.5 billion in monetary losses each year.

Such drowsiness occurs because people who do not sleep enough acquire a “sleep debt,” according to Stanford professor William Dement, who created the field of sleep medicine. “If you don’t sleep the hours you need, you acquire a cumulative sleep debt and your brain insists on sleeping enough hours to force you to make up for your lost sleep. Drowsy driving has exactly the same risk and tragic consequences as drunk driving,” said Dement.

When people stayed awake for 17 hours, their performance on a test of cognitive-psychomotor disorders was the same as people with blood alcohol concentration of .05 percent.