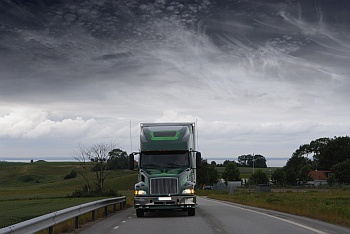 The pilot project was funded with a $1.2 million RITA grant with an additional $640,000 from Rensselaer Polytechnic Institute (RPI), the project’s coordinating institution. The pilot also included participation by Rutgers University, New York University’s Rudin Center for Transportation Policy and Management at NYU-Wagner and ALK Technologies.

The study, the first that engaged both delivery companies and businesses, also found that businesses overwhelmingly supported the benefits; with travel speeds improved as much as 75 percent and a sharp reduction in parking tickets and fines which had exceeded $1,000 a month for each truck. Several participants continue to make off-hour deliveries and DOT is now developing ways to build upon this pilot.

“The Obama Administration’s commitment to finding innovative solutions to critical transportation challenges is demonstrated again by the success of this pilot program,” said RITA Administrator Peter Appel. “We will continue to encourage and support projects that use intelligent transportation system technologies to help America’s cities and communities fight congestion and reduce harmful emissions.”

“This is an excellent—and probably one of the most important and prominent—example of what can be accomplished when academia, the public sector and private companies join forces to tackle challenging goals such as achieving sustainable urban freight deliveries,” said RPI’s Jose Holguin-Veras, director of the Center for Infrastructure, Transportation and the Environment. “In essence, off-hour deliveries lead to reduced congestion and environmental pollution, increased competitiveness of the urban area and an increase in quality of life conditions. Everybody wins.”

The pilot participants included a diverse group of eight delivery companies and 25 business locations which participated in the pilot for at least one month, including restaurants and retail stores.

DOT recognized the participants for demonstrating commitment to sustainability, and gave awards to Sysco, Whole Foods Market, New Deal Logistics and Foot Locker for their leadership roles during the pilot. “Sysco Metro New York was very pleased with the results of the Off-Peak Delivery Project,” said Bobby Heim, vice president of operations, Sysco Metro New York, another participating carrier. “Along with Rensselaer, we were able to grow from one route to five routes with the assistance of a program incentive to our customers. Although the program incentives are not in place anymore, we continue to benefit from the remaining four delivery routes. Given the opportunity to expand upon our four off-peak routes currently in place, along with the use of the Holland Tunnel, Sysco would be able to improve efficiencies in servicing the New York City market area.”

“New York is a city that never stops, and neither should its businesses,” said NYC DOT Commissioner Sadik-Khan. “Time is money and this program is a signal to the entire industry that there’s an economic model for off-hour deliveries that also helps reduce congestion and pollution.”

The pilot found that travel speeds from the truck depot to delivery drivers’ first stop in Manhattan improved by up to 75 percent compared to travel speeds during the evening rush hours, while subsequent trips averaged travel speeds up to 50 percent faster. With less competition for parking spaces accessible to the delivery location, trucks spent only 30 minutes stopped at the curbside making deliveries, instead of 100 minutes before the pilot. From beginning to end, delivery routes averaged 48 minutes faster during the pilot.

The project also focused on encouraging businesses to accept off-hour shipments through financial incentives and strategies to make the process easier, such as allowing “unassisted” deliveries—providing a key to the delivery team for a direct delivery or for delivery to a holding area, saving money for businesses that no longer had to have employees present to accept goods.

Many of the businesses that participated in the pilot are now off-hours delivery converts.

“Whole Foods Market was proud to play a role in this groundbreaking off-hours delivery trial,” said Rob Twyman, regional vice president for Whole Foods Market. “This program matched well with our existing commitment to the environment, helping us to reduce truck idling emissions while increase our efficiency, and perhaps most importantly, ensuring the safety for New Yorkers by reducing traffic during heavy rush-hours on New York City streets and sidewalks.”