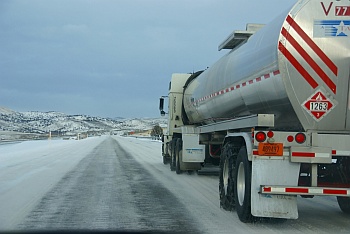 Blumenauer’s bill is designed to test a pilot of a transportation funding system that would replace the federal gasoline tax and offset expected revenue losses due to alternative fuel vehicles and higher gas mileage performance.

Oregon has been a pioneer in mileage-based user fees, conducting several VMT pilots at the state level. The most recent pilot began in November 2012. ODOT officials focused on “choice, transparency, ease of use and protection of privacy” for the most recent pilot.

In July, Oregon’s Legislature passed a measure that would make available to the public a voluntary mileage-based user fee system in place of a state fuel excise tax. The program allows up to 5,000 drivers the option of trying the system.

Blumenauer said a VMT system is a long-term solution to the funding gaps that inevitably occur with the gas tax. “As we extend the gas tax, we must also think about how to replace it with something more sustainable,” Blumenauer said. “The best candidate would be the vehicle miles traveled fee being explored by pilot projects in Oregon and implemented there on a voluntary basis next year.”

In his bill, Blumenauer noted that a 2009 report of the National Surface Transportation Infrastructure Financing Commission recommended a transition away from the fuel tax to a more stable funding source, noting that a mileage-based fee system is the consensus choice for policy leaders.

Blumenauer said the Congressional Budget Office reports that revenues raised from the federal gas tax have lost more than one-third of their purchasing power due to increased fuel efficiency, changing transportation patterns and inflation.

The trucking industry is concerned about a switch to a VMT system. “While the American Trucking Associations believes that Congress should focus on increasing the fuel tax to address short-term funding challenges, we recognize that the fuel tax may not be viable over the long term, particularly for automobiles,” said Sean McNally, ATA vice president of communications. “We have many concerns with the VMT fee, including collection costs, privacy and information security issues, significant potential for evasion and various very difficult institutional issues, including the potential for a lack of interstate interoperability. We look forward to working with Rep. Blumenauer and other stakeholders to design a robust pilot program that thoroughly evaluates the many challenges facing a VMT fee, as a prerequisite for implementation.”

Todd Spencer, executive vice president of the Owner-Operator Independent Drivers Association (OOIDA) says truckers acknowledge the need for vehicles to pay their fair share, but a VMT tax for everyone may not be the way to go.

“We think that while certainly we have vehicles that use the road that don’t pay taxes at all – they need to pay something into the system. But at this point, the multitude of issues raised by VMT on a grand scheme are a little too big of a hill to climb right now,” said Spencer.

A VMT tax would essentially convert all roads into toll roads, according to trucking officials. Blumenauer said his VMT bill attempts to address the privacy issue, but leaves the decision up to states receiving the pilot program grants to sort it out.

“On a vehicle-mile tax, we’re a little apprehensive about that,” said OOIDA’s Spencer. He said adding a VMT tax or toll could be set up to charge trucks more than they currently pay.

“For the trucker going down the road, that driver is performing a needed task, but the true beneficiaries of that truck going down the road are all of us, the general population,” Spencer said. “Our transportation system is designed to generate economic activity. It’s not there simply for a truck to drive on. That’s an important point for those who see trucks as cash cows.”