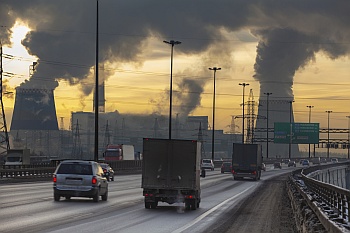 The Owner-Operator Independent Drivers Association (OOIDA) has filed a lawsuit in U.S. District Court seeking an injunction against California’s Air Resources Board (CARB), saying the board’s Truck and Bus Regulation is unconstitutional and discriminates against out-of-state truckers.

“CARB has overstepped its bounds by requiring trucks from other states to be upgraded in order to operate in California,” said Jim Johnston, president and CEO of OOIDA.

Though CARB’s Truck and Bus Rule went into effect two years ago, most small trucking fleets haven’t been required to install diesel particulate filters or replace older trucks until this month.

As the deadline approached, complaints about the rule have increased. CARB has responded with a number of exemptions to help some truck owners. CARB recently announced a six-month extension for truck owners who show a good faith effort to purchase and install a filter.

CARB staff members heard plenty of complaints and ideas from truck owners during a December workshop on CARB’s Truck and Bus Regulation held in Sacramento.

“If it would work, I’d like to see every truck shut down for two weeks and let everybody not have their fuel or food,” one truck owner told CARB at the workshop. “But that’s not reality. The reality is trucks are here, and they’re important.”

Another truck owner criticized CARB for not understanding the trucking business.

“You don’t understand how important trucks are to this state,” he said. “You say you do, but you’d all look pretty funny with no clothes on. Everything in this place is here because of a truck.”

The air quality agency gathered feedback and hinted that more flexibility could be coming for the rule, which requires a combination of diesel particulate filters and engine replacement in order to cut diesel soot emissions.

OOIDA is asking the court to permanently enjoin CARB from implementing or enforcing the Truck and Bus Regulation against the plaintiffs and other truck owners or operators who reside and/or conduct business primarily outside California.

The brief filed by OOIDA states that CARB regulations have caused, and will continue to cause, irreparable harm to truckers who have been shut out of the California market because of the costs of compliance.

“It puts out-of-state truckers at a disadvantage because the cost to upgrade is disproportionate to the number of miles traveled in the state of California,” added Johnston.

OOIDA points out that trucking equipment purchased by its members when such equipment met all California regulatory requirements has now become obsolete for use in California because of the new restrictions imposed by the regulation.

The cost to comply with the regulation, for doing even a small amount of business in California, runs into thousands of dollars. Failure to buy and retrofit trucking equipment as required by the CARB regulation will effectively exclude out-of-state truckers from the California trucking market unless they are willing to face fines and penalties for noncompliance.

The Owner-Operator Independent Drivers Association is the largest national trade association representing the interests of small-business trucking professionals and professional truck drivers. The association currently has more than 150,000 members nationwide. OOIDA was established in 1973 and is headquartered in the Greater Kansas City, Mo., area.

“They’ve come up with some exceptions to allow additional mileage without complying within the state,” said Johnston. “But all the interpretations we’ve seen so far is that those exemptions would not provide any benefits for out-of-state truckers.”

“We’re looking at ways to amend the rule to make it easier for people to comply,” said a CARB staff member. “At the end of the day, the cost of this rule is going to be paid by truckers, and we’re trying to find ways to make it as palatable as possible. But this is a tough rule and it is expensive.”