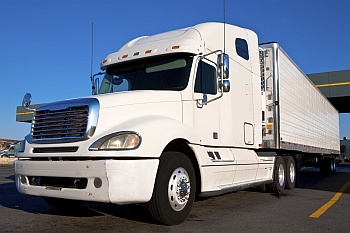 As Congress returned from its holiday recess, one of the requests members were greeted with is from the American Trucking Associations (ATA), the nation’s largest trucking association.

“This time of year is a good one for self-reflection and analysis,” said ATA President and CEO Bill Graves. “We hope our leaders in Washington will take the necessary steps to make our roads safer and improve the flow of goods in our economy.”

“January is a time when we take stock of where we stand and set goals for the coming year,” said ATA Chairman Phil Byrd, president of Bulldog Hiway Express. “We sincerely hope that our government leaders will take some time to reflect and to take these common sense, and in some cases, long delayed actions to improve highway safety, the environment and the efficiency of our economy.”

ATA’s call to action comes on the cusp of what should be a growth year for the trucking industry, according to industry analyst Andy Ahern of Phoenix-based Ahern & Associates.

Ahern said 2013 was a challenging but profitable year despite a lukewarm import and export market. He said more challenges await the industry in 2014, including a proposed increase to the federal fuel tax that would dramatically impact fuel costs for all trucking companies and shippers.

“In addition to this upcoming legislation, the full effects of the recent Hours of Service legislation are just beginning to be understood. Industry sources are reporting  that overall driver wages may have been significantly impacted across the U.S.A.,” he said.

ATA, in its U.S. Freight Transportation Forecast to 2024 report, predicts about 64 percent growth in freight revenue over the next 10 years.

“The trucking industry continues to dominate the freight transportation industry in terms of both tonnage and revenue,” said ATA Chief Economist Bob Costello. He said ATA projects trucking’s share of tonnage will rise to 70.8 percent by 2024 from 68.5 percent in 2012.

Trucks continue to be the dominant mode for freight movement in the U.S., according to recent data from the Census Bureau and Bureau of Transportation Statistics. In 2012 trucks moved 73.7 percent of all freight by value and 70 percent of tonnage vs. rail transporting 3.3 percent of value and 15.8 percent of tonnage.

The average miles per shipment by truck were 212 miles. Only 15 percent of all freight shipments were longer than 500 miles and about 9.7 percent of shipments traveled more than 750 miles.

“The Commodity Flow Survey showed once again that trucks move the vast, vast majority of freight in the United States,” Costello said.