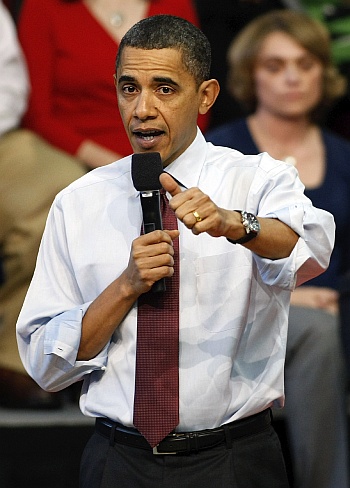 But according to the American Trucking Associations (ATA), the President did not go far enough. ATA leaders were disappointed Obama did not provide more details regarding infrastructure.

“While we appreciate President Obama making reference to the need for infrastructure investment, we remain disappointed in the continued lack of specificity when he discusses funding,” ATA CEO and President Bill Graves said. “While it is critically important to the nation that Congress and the administration come together on a multiyear highway bill this year, we believe that until the administration puts forward a serious, user-based funding proposal we will risk going over the Highway Trust Fund ‘fiscal cliff’ in the near term and be woefully under funded to meet the longer term needs of the nation.”

In his Jan. 28 address, President Obama pushed for lower tax rates for business and a stepped up investment into infrastructure.

“We can take the money we save with this transition to tax reform to create jobs rebuilding our roads, upgrading our ports, unclogging our commutes – because in today’s global economy, first-class jobs gravitate to first-class infrastructure.”

“We’ll need Congress to protect more than three million jobs by finishing transportation and waterways bills this summer. But I will act on my own to slash bureaucracy and streamline the permitting process for key projects, so we can get more construction workers on the job as fast as possible,” Obama said.

“It was an honor to attend the State of the Union, but the president’s proposal was sorely lacking in details and comes up short of what the nation needs to maintain our economic competitiveness. Trucks use our roads and bridges to move more than 70 percent of the nation’s freight and if we do not address our infrastructure deficit, the system will soon become a drag on our economic recovery and hinder our future growth.”

In his address, President Obama cited the example of Andra Rush, CEO of Wayne-based Rush Trucking Inc.  When Rush opened up a manufacturing firm in Detroit, she needed workers and called on the American Job Center to find the employees she needed. Today, Detroit Manufacturing Systems has more than 700 employees, Obama said.

“What Andra and her employees experienced is how it should be for every employer – and every job seeker,” Obama said.  “I’ve asked Vice-President Biden to lead an across-the-board reform of America’s training programs to make sure they have one mission: train Americans with the skills employers need, and match them to good jobs that need to be filled right now. It means connecting companies to community colleges that can help design training to fill their specific needs.”

“And taken together, our energy policy is creating jobs and leading to a cleaner, safer planet. Over the past eight years the United States has reduced our total carbon pollution more than any other nation on Earth,” said Obama. “But we have to act with more urgency because a changing climate is already harming western communities struggling with drought and coastal cities dealing with floods. That’s why I directed my administration to work with states, utilities and others to set new standards on the amount of carbon pollution our power plants are allowed to dump into the air.”

The President also touted the advantages of natural gas, saying that part of the initiative to “bringing more jobs back” to the U.S. is to commit to American energy.

“If extracted safely, natural gas is the bridge fuel that can power our economy with less of the carbon pollution that causes climate change. Businesses plan to invest almost $100 billion in new factories that use natural gas. I’ll cut red tape to help states get those factories built, and this Congress can help by putting people to work building fueling stations that shift more cars and trucks from foreign oil to American natural gas,” Obama said.