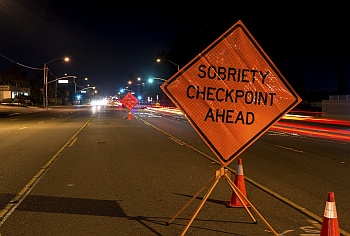 The Federal Motor Carrier Safety Administration (FMCSA) recently announced a proposed rule to establish a drug and alcohol clearinghouse for all CDL holders.

FMCSA says the clearinghouse would help improve roadway safety by making it easier to determine whether a truck or bus driver is prohibited from operating a commercial motor vehicle for failing to comply with federal drug and alcohol regulations, including mandatory testing.

“Today’s proposal will help ensure dangerous drivers stay off the road, while encouraging the employment of the many safe drivers who follow our drug and alcohol requirements,” said Transportation Secretary Anthony Foxx.

The American Trucking Associations (ATA) praised the FMCSA proposal. “ATA has been a strong advocate for the creation of this process to help protect motorists since 1999,” said ATA President and CEO Bill Graves. “It is unfortunate that it took so long for the FMCSA to act on this common sense safety solution, but we are pleased the agency has finally taken the first step toward creation of this clearinghouse.”

Current federal regulations require employers to conduct mandatory pre-employment screening of a CDL driver’s qualifications based upon his or her driving record.  However, there has not been a single federal repository recording positive drug and alcohol tests by CDL holders that employers would be able to search to ensure that the driver is able to perform safety-sensitive duties.

The proposed rule would create such a repository and require employers to conduct pre-employment searches for all new CDL drivers and annual searches on current drivers.

“We are leveraging technology to create a one-stop verification point to help companies hire drug and alcohol-free drivers,” said FMCSA Administrator Anne S. Ferro. “This proposal moves us further down the road toward improving safety for truck and bus companies, commercial drivers and the motoring public everywhere.”

Under the proposed rule, FMCSA-regulated truck and bus companies, medical review officers, substance abuse professionals, and private, third party DOT drug and alcohol testing laboratories would be required to record information about a driver who:

Private, third-party DOT drug and alcohol testing laboratories also would be required to report summary information annually.  This information would be used to help identify companies that do not have a testing program.

To ensure the privacy of drivers involved, each CDL holder would need to provide his or her consent, before an employer could access the clearinghouse.

Drivers who refuse to provide this information could still be employed by the truck or bus company; however, they could not occupy safety-sensitive positions, such as operating a commercial motor vehicle.

For each of the past three years, federal and state safety inspectors have conducted approximately 3.5 million random roadside inspections of commercial vehicles and of their drivers.

In 2013, 1,240 CDL holders were placed out-of-service after unannounced inspections found they had violated federal regulations governing controlled substances. FMCSA records show there were 1,139 such cases in 2012.

In addition to random testing, truck and bus companies are further required to perform drug and alcohol testing on new hires, drivers involved in significant crashes, and whenever a supervisor suspects a driver of using drugs or alcohol while at work.

The proposed rule was directed by Congress in the most recent transportation bill, the Moving Ahead for Progress in the 21st Century Act.

“No carrier wants to put an unsafe driver behind the wheel,” said ATA Chairman Phil Byrd, president of Bulldog Hiway Express, Charleston, S.C. “This clearinghouse will be another tool we in the trucking industry can use to insure that only the safest, most qualified drivers move America’s freight.”

ATA was a strong and early advocate for the current mandatory drug and alcohol testing regulations before they were first made effective in 1995.  Since then, ATA urged Congress in 1999 to require a study of the feasibility of such a clearinghouse.