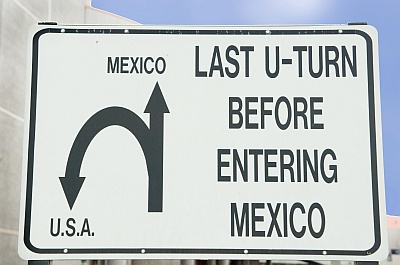 A Mexican trucking trade association has filed for arbitration against the U.S. seeking $30 billion for non-compliance with the North American Free Trade Agreement (NAFTA) by not fully opening its borders for truck trade.

Mexico’s CANACAR transport association says 30,000 Mexican truckers have been affected by the closed border and have signed onto the group’s legal action. An undisclosed U.S.-based law firm is representing CANACAR in the case.

CANACAR director Jose Refugio Muñoz Lopez said the US government, in the wake of the announcement, had expressed interest in reaching a negotiated solution before the case goes to arbitration.

Muñoz criticized FMCSA’s Demonstration Project, a cross-border pilot program aimed at facilitating Mexican truckers’ access to US roads, saying that “in no way has it served as a mechanism for U.S. compliance with its requirements under NAFTA,” which entered into force 20 years ago. Nothing in the trucking part of NAFTA required a demonstration program or anything other than unilateral “national treatment” between the three countries involved in the agreement.

According to CANACAR, the dispute has been spurred by groups such as OOIDA and the Teamsters who have blocked Mexican trucks from the United States with claims of unsafe trucks and drivers.

He said Mexican trucking companies have been forced to make investments in the U.S. and create cargo-transfer zones along the border.

In January, FMCSA revoked the authority of a Mexican carrier participating in its cross-border trucking pilot program.

Tristan Transfer had its provisional authority revoked in January for management control violations, specifically drivers not complying with hours-of-service rules and not requiring drivers to keep records of duty status.

The carrier had two trucks and five drivers that received a conditional rating during a December compliance review. FMCSA gave the carrier until Jan. 19 to correct the problems, but Tristan failed to present proof that it had done so.

FMCSA’s pilot program currently has 15 participants and is set to end in October.

In January, the U.S. Supreme Court refused a request from OOIDA to hear the association’s case against the FMCSA pilot program.

Eric Farnsworth, vice president of the Americas Society-Council of the Americas, calls NAFTA a work in progress, but says it has real accomplishments.

“Symbolism is important, especially now in the 20th-anniversary year of NAFTA. Yet unless the leaders strive to make progress, such meetings often become opportunities that are missed,” says Farnsworth. “It demystified Mexico to the U.S. business community and vice versa, in a manner that has led directly to the kind of integrated supply chains and production that now benefits all three nations,” he says. “The worst is that it’s now 20 years old, and the world has changed.”

Under NAFTA, trade has increased significantly among the three countries, from $290 billion in 1993 to more than $1.1 trillion in 2012. Investment and travel have also surged.

Much of the difference between exports and imports has been between Mexico and the United States, which went from a $1.7 billion U.S. surplus in 1993 to a $61 billion deficit in 2012. So the deal has benefited Mexico to a greater degree monetarily, but also U.S. consumers, who have had access to goods that cost less coming from Mexico.

Mexico is now one of the world’s large automobile manufacturers; a Chrysler factory on the 40-mile highway between Mexico City and Toluca was recently expanded and now produces vehicles for export — most to the USA. Auto exports from Mexican factories to the USA have quadrupled since NAFTA was implemented in 1994.

Critics of a massive flow of jobs moving south were wrong, Farnsworth says. He says that every dollar of imports from Mexican manufacturers contains 40 cents of U.S. content and 25 cents of Canadian content.

U.S. Secretary of Commerce Penny Pritzker said the North American Leaders Summit was an opportunity for the three leaders to discuss and make progress on their vision for a prosperous and secure future for the people of all three nations.

“Our three nations benefit from a robust trade relationship and a strong free trade agreement, our economies are deeply intertwined, our supply chains are integrated, and we invest in one another,” she said.