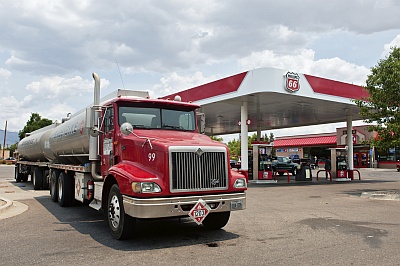 President Barack Obama recently directed his administration to issue the next round of fuel efficiency and greenhouse gas standards for medium to heavy-duty vehicles by March 2016.

Obama said the action would benefit the economy through lower consumer costs and the development of new technologies.

The new standards will mean “thousands of dollars in savings every year” for truck operators,” said Obama.

The higher mileage standards are part of Obama’s strategy for energy security and dealing with climate change, according to the White House. The administration previously set a standard requiring automakers to double average fuel economy of their fleets to 54.5 miles per gallon by 2025.

The Environmental Protection Agency (EPA) is working with industry to invest in trucks that get better mileage, in part through improved aerodynamics, tires with low rolling resistance and larger capacity trailers, according to the White House.

As part of the administration’s action, the EPA and the Department of Transportation’s National Highway Traffic Safety Administration are being directed to issue a Notice of Proposed Rulemaking by March of next year.

Heavy-duty vehicles account for about a quarter of U.S. on-road fuel use and greenhouse gas emissions from transportation, according to the administration.

Industry groups were generally supportive of the new standards and the collaboration between the government and manufacturers.

The American Trucking Associations urged the government to proceed cautiously. ATA president Bill Graves said his group supported an earlier round of efficiency standards and “hopes the administration will set forth a path that is both based on the best science and research available and economically achievable.”

The announcement follows the first-ever fuel-economy rules for U.S. truck makers three years ago, which sought to improve efficiency by about 20 percent by 2018, saving $50 billion in fuel costs over five years and decreasing carbon-dioxide emissions.

The administration’s plan, which also covered city buses and garbage trucks, was projected to save 530 million barrels of oil. The first round of regulations was intended to take off-the-shelf technologies already employed on real-world trucks.

The next round of regulations, for the 2018 model year and beyond, is expected to force the industry to deploy technology more aggressively. Besides engine and transmission improvements, trucking firms may have to adopt more aerodynamic trailers, adding skirts at the bottom or tails on the end to reduce wind resistance.

Like the first truck-efficiency rules, the next rules are supposed to be negotiated in close consultation with trucking firms, engine manufacturers, environmental groups and other stakeholders, according to the White House. The EPA and the Transportation Department will consult with state regulators to ensure there is a single national standard.

“Setting the bar higher for trucks will further encourage innovation in the industry,” said Beinecke. “This is a win-win for the environment and the economy.”

The announcement was part of the president’s vow in his State of the Union address to advance his agenda “with or without Congress.” But while most of the actions taken since then have been relatively modest, like ordering a study of job training programs, one area where Obama both has the power to take more sweeping action and seems intent on using it is the environment.

In the case of carbon pollution, Obama has the legal authority under the 1970 Clean Air Act, which requires the EPA to regulate any substance designated as a pollutant that harms or endangers human health. In 2009, the E.P.A. determined that carbon dioxide, emitted in large quantities from tailpipes and smokestacks, meets that definition.

In his remarks, Obama said that heavy-duty trucks represent just 4 percent of all vehicles on American highways but generate 20 percent of the carbon pollution produced by the transportation sector.

Environmentalists applauded the move. Michelle Robinson, director of the clean vehicles program at the Union of Concerned Scientists, said improving fuel efficiency of heavy-duty trucks could reduce oil consumption by as much as one million barrels a day in 2035, more than the capacity of the proposed Keystone XL pipeline.