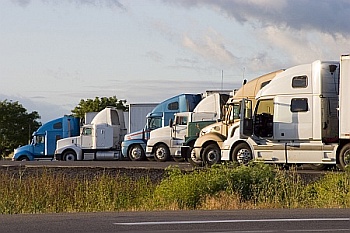 Appearing before the U.S. Ninth Circuit Appeals Court in early March, the U.S. DOT testified that federal preemption does not prevent California’s meal-and-rest regulations from applying to truck drivers.

“The California law is squarely within the states’ traditional power to regulate the employment relationship and to protect worker health and safety. Moreover, it is a law of longstanding, general applicability and does not reflect any state effort to regulate motor carriers directly,” DOT attorneys said.

DOT had asked to present oral arguments after the three-judge panel ordered the agency to submit friend-of-the-court briefs on the issue.

A U.S. district court had ruled the Federal Aviation Administration Authorization Act’s preemption provision applied to the two trucking companies in regard to California’s meal-and-break rules.

The 1994 FAA law stipulates state and local governments may not enact or enforce laws or provisions that have the force and effect of law concerning price, route or service of motor carriers transporting property.

California mandates a 30-minute meal break per each five-hour work period. Employers can be required to compensate workers with one hour of pay for each violation.

The appeals court testimony comes after an April 2012 ruling by the California Supreme Court that Brinker International and other California employers must provide workers with time off for meal breaks, although they don’t have to make sure the employees aren’t working.

The California Trucking Association (CTA) said the San Francisco-based court’s ruling means that, without relief from federal courts or the California Legislature, California truck drivers will have to take a 30-minute meal break within the first five hours without regard to traffic conditions or the availability of locations to legally pull off the road.

California laws require employers to provide hourly workers meal and rest break or give them extra pay. Workers rights groups, seeking to discourage employers from understaffing, had argued that companies must be required to make sure their employees take breaks.

The decision addressed several different rulings by lower California courts over how to interpret the state’s meal-break law. In another case brought by truck drivers against a warehousing company, a Sacramento-based court had ruled that companies were required to make sure that workers were relieved of duty.

“The California rules at issue in the Brinker case only make highway safety harder to achieve,” he said.

Motor carriers petitioned the FMCSA in 2008 for a finding that the California meal-and rest-break law should be preempted, arguing that the state law was a regulation of commercial motor vehicle safety and imposed limitations on drivers’ time that went beyond federal regulations, the government said.

FMCSA denied that petition, reasoning that the break law was just one part of California’s employment regulations and applied to employers in a variety of other industries, said the briefs.

In January, FMCSA released findings from a real world, third party study providing further scientific evidence that the restart provision in the current hours-of-service rule for truck drivers is more effective at combating fatigue than the prior version.

Scientists measured sleep, reaction time, sleepiness and driving performance in the study. They found that drivers who began their work week with just one nighttime period of rest, as compared to the two nights in the updated 34-hour restart break:

“This new study confirms the science we used to make the hours-of-service rule more effective at preventing crashes that involve sleepy or drowsy truck drivers,” said FMCSA Administrator Anne S. Ferro. “For the small percentage of truckers that average up to 70 hours of work a week, two nights of rest is better for their safety and the safety of everyone on the road.”