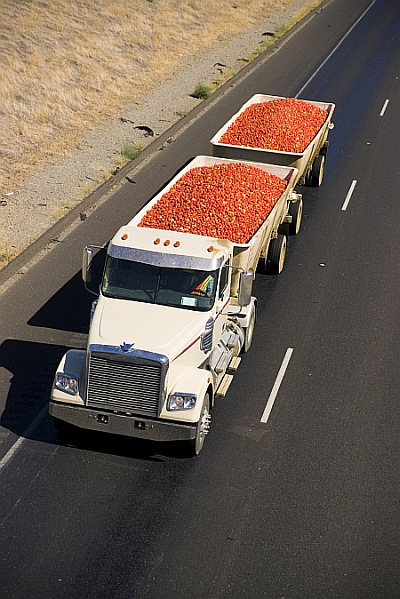 Truckload Carriers Association (TCA) Chairman Tom B. Kretsinger told delegates at the organization’s recent annual convention that trucking is not as simple as it used to be.

“There was a time when you could get a truck, take a load from A to B and collect your money,” said Kretsinger, who is president and COO of American Central Transport of Liberty, Mo. “Now it takes a great deal of sophistication to be successful in this business.”

“What we can charge is flat, costs are going up,” he said.

He said the biggest economic concern might be the driver shortage, which can impact the number of loads a carrier can transport and increase revenue. He said it has changed the way of thinking for carriers.

TCA believes the industry is facing an unprecedented shortfall of drivers.

According to TCA, there is a need for almost 100,000 new drivers a year for the next few years. Unless addressed, the driver shortage will reach 250,000 drivers by 2022, forcing shippers to look to other modes of transportation to move goods.

Kretsinger said the situation is exacerbated by a regulatory overload in the industry.

“There is a regulatory saturation to the point that so many agencies are writing regulations that you can’t make a decision free of risk,” Kretsinger said. “For instance, we all want to control safety, yet we who use owner-operators fear being misclassified if we do.”

He cautioned delegates to protect themselves by being active participants in industry issues.

“If you’re not at the table, you become supper and there are a lot of hungry politicians out there,” he said. “There is a never ending stream of people who want to do things that make our business harder and threaten productivity.”

Kretsinger criticized railroads, unions, trial lawyers and environmentalists. Also released at the TCA annual convention in Grapevine, Texas were the results of an eight-year analysis of truck driver age and tenure conducted by Sylectus, a business unit of Omnitracs Canada, Inc.

Findings from the Sylectus analysis include the following:

“In its current state, the trucking industry is in need of a complete refresh of its recruitment efforts,” said Ellen Voie, CEO and founder of Women In Trucking. “It’s paramount that carriers start tailoring their recruiting materials and tactics to attract and retain more women to the trucking industry.”

The analysis also found that, on average, fleets will experience a fleet-wide turnover every 18 to 24 months. Combined with the all-time high shortage of qualified drivers, monitoring shifts in driver demographics has become essential for carriers’ recruitment and retention purposes.

“The market for drivers is tight and as the economy continues to improve, the situation will only get tougher. Competition is intense and drivers are at a premium and can easily move from one carrier to another to switch jobs,” said Kent Ferguson, director-Transportation Solutions for global employment screening provider HireRight.

“The shortage really stems from a confluence of factors that include an aging workforce and regulations that limit driver hours, as well as new demands resulting from the improving economy,” he added. “As the economy grows overall, there’s an increased demand for freight from a number of expanding markets, while at the same time, as other industries rebound and increase hiring, there are new employment opportunities that attract drivers away, such as construction jobs.”