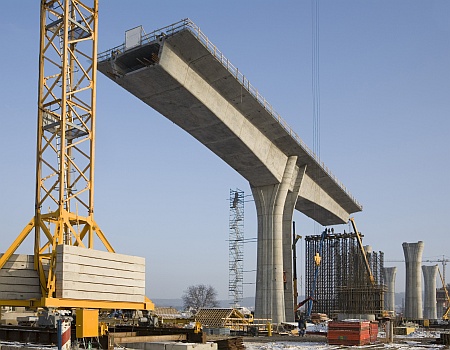 “Little if any progress will be made on any legislation that is even remotely controversial,” LaHood said recently.

“In light of that, the existing transportation bill (MAP-21) will likely be extended beyond the end of the current fiscal year, which ends on September 30,” he said. “And with the Highway Trust Fund (HTF) likely to be fully drained by the end of August, Congress will most likely partially fund transportation projects out of the general fund from that point forward.”

LaHood said current fuel taxes have remained unadjusted for inflation since 1993 and do not generate enough revenue given both the significant increases in automobile fuel efficiency and per capita driving declines.

“What is needed is a strong five or six year bill that contains a vision for the future and adequate funding for all approved projects,” he said, adding that in his opinion the two-year MAP-21 legislation “was little more than a two-year stop gap.”

LaHood also believes fuel taxes should be raised and then indexed to inflation. Fuel tax revenue still provides the bulk of funding for transportation projects at the national level. However, the leadership in Congress seems unwilling to raise taxes in this political cycle.

LaHood said a comprehensive approach to funding should supplement existing fuel taxes with increased tolling, a vehicle miles traveled or VMT tax, public private partnerships, and TIFIA and TIGER Grants, which are federal grants awarded to the projects with the highest returns on investment.

LaHood says a combination of all these and other funding sources – with states taking more matters into their own hands by raising state fuel taxes, building toll roads, or by earmarking a portion of state sales tax revenue for transportation projects – need to be considered in order to address what LaHood described as a “currently deteriorating situation” where transportation infrastructure is concerned.

Pete Ruane, president of the American Road & Transportation Builders Association (ARTBA), said federal funding is a critical ingredient to the most highly-traveled portions of the U.S. highway system – especially where commercial vehicles are concerned.

“Trucks carry freight worth more than $11 trillion over the nation’s roads and bridges every year, and nearly 75 percent of that travel takes place on the federal-aid system,” he said. “Without that federal investment in these roads, trucking mobility and economic productivity are at risk.”

One idea being floated in transportation circles is “value-added tolling,” an all-electronic tolling (AET) strategy that replaces standard toll collection booth structures as well as fuel taxes over time.

Arecent studyby the Reason Foundation concluded that AET tolling can generate the minimum $1 trillion it estimates is needed to upgrade and modernize the nation’s 47,000-mile highway system.

“This is a new model that would apply to newly tolled highways such as rebuilt interstates,” said Robert Poole, Reason’s director of transportation policy. “Its aim is to make such tolling a true highway user fee, not a hybrid of toll and tax.”

Whatever the solution, LaHood said it must be deployed sooner rather than later.

“The harsh winter, in many regions of the U.S., has left potholed highways everywhere and the transportation infrastructure of the U.S. may have never been in worse shape,” he said. “A near-term effort will have to be mounted just to restore functionality of the highway network.”

“Surface transportation is a national issue, but it also is a very local issue that affects Americans on a personal level,” said Bud Wright, AASHTO executive director.

More than 600,000 jobs are in jeopardy and at least 6,000 transportation infrastructure projects are at risk without a surface transportation bill to succeed MAP-21 and it’s authorized funding, according to AASHTO.