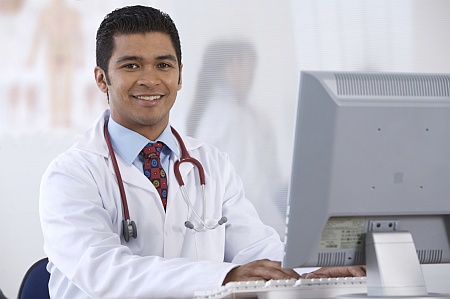 OOIDA says there is a shortage of medical examiners that have been accepted to the new national registry.

“OOIDA is concerned that, as a result of the shortage of registered examiners, some drivers will not be able to become recertified before their current certification expires, thereby disrupting their employability and business opportunities,” the group said in its petition. Drivers who can find an examiner on the registry and make an appointment “will face much greater costs and burdens in doing so than contemplated by” the final regulation, it said.

“It’s a source of concern for us that there are so few examiners registered so far,” said OOIDA Executive Vice President Todd Spencer. “And it also should be a source of serious concern for the agency.”

OOIDA says approximately 25 percent of the goal of 40,000 medical examiners has been reached with only four weeks to go before the enforcement deadline. OOIDA is concerned that some truck drivers will not be able to become recertified before their current certification expires.

In May 2012, FMCSA established a National Registry of Certified Medical Examiners and set the number at 40,000 medical examiners to be registered by the compliance date of May 21, 2014.

The National Registry requires drivers to receive medical certification from medical professionals who are part of the registry. Official examiners will be trained on FMCSA’s regulations and the physical standards of the truck driving industry.

FMCSA representatives say the agency is closely monitoring the growing list and locations of certified medical examiners to ensure that an adequate number are registered by the May 21 deadline.

Currently, more than 13,000 medical professionals have passed the exam to be added to the registry, 4,200 more are scheduled to take the test, and an additional 19,600 have signed up to start the process. There are certified examiners in every state, and dozens or hundreds in most cities, according to FMCSA.

“It is also important to emphasize that most drivers will not need a new physical exam immediately following the May deadline,” said Marissa Padilla, an FMCSA spokesperson.

“Their medical certificates will continue to be valid until the expiration date that is shown on the card. Only then will the driver need to seek a certified medical examiner.”

Based on the assumption that 2.6 million annual examinations are needed, the average examiner would need to perform 130 certifications per year – far more than FMCSA’s expectations in the record for average medical examiner performance, OOIDA said. A more conservative estimate suggests that as many as 70,000 medical examiners could be needed, the group said.

The consequences of this situation justify immediate action, OOIDA argued. Many drivers won’t be able to find registered examiners to certify them before their prior certification expires. Other drivers will face burdens such as having to travel further to find an examiner, and the true availability of medical examiners is not accurately reported by a simple review of FMCSA registry data – especially in areas where the numbers are sparse, OOIDA said.

“There are also instances where examiners are putting additional conditions on CDL holders before they will give them a certification appointment – including requiring the CDL holder to make that examiner their primary care physician and transfer all medical files to him or her,” OOIDA told FMCSA. Another concern is that due to scarcity examiners might raise their prices.

OOIDA is the largest national trade association representing the interests of small-business trucking professionals and professional truck drivers. The association currently has more than 150,000 members nationwide. OOIDA was established in 1973 and is headquartered in Kansas City.

The American Trucking Associations supports the national registry as a way to ensure that all drivers are medically qualified. “However, we are concerned with the relatively slow pace at which medical professionals are being certified by FMCSA to be listed on the registry, as well as the geographic dispersion of certified examiners,” ATA said in response to the OOIDA petition. “We continue to work with FMCSA and our state association partners to identify underserved areas and we encourage FMCSA to be flexible in addressing any shortcomings.”

A group representing small trucking companies praised OOIDA’s request for a delay of the May 21 deadline. “It’s a much larger problem for trucking than anyone knows,” said David Owen, president of the National Association of Small Trucking Companies.