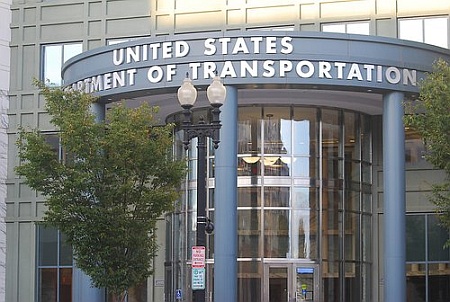 The U.S. Department of Transportation has sent a four-year surface transportation reauthorization bill to Congress that would pump $302 billion into fortifying the country’s transportation infrastructure.

The Grow America Act (Generating Renewal, Opportunity and Work with Accelerated Mobility, Efficiency and Rebuilding of Infrastructure and Communities throughout America) includes $199 billion in earmarks for highway system and safety projects.

Perhaps the most controversial element of the proposal is language that would enable states to toll existing interstates to generate additional funding.

The measure earmarks $199 billion alone for investments in the nation’s highway system and road safety.

“We are pleased that the Administration has submitted legislation to Congress that emphasizes the urgent need to invest in America’s infrastructure,” said AASHTO Executive Director Bud Wright.

“We have stated previously that we support the policy framework established in MAP-21 and that we should implement the provisions of that law before making significant, new programmatic changes. We support finding a long-term, sustainable source of revenue to support surface transportation investment. While we may not agree with all aspects of the Administration’s proposal, we look forward to the continuing dialogue with Congress and the Administration on charting America’s transportation future.”

The American Trucking Associations (ATA) came out strongly against the administration’s proposal, saying the proposed legislation moves away from a “user fee funded” transportation system.

“President Obama has talked more about the need to address our critical infrastructure deficit than any president in the past 20 years,” said ATA President Bill Graves. “While the President’s plan supports a growing program, we cannot help but be very disappointed in much of the plan his administration has put forward.

“Any proposal that moves away from a user fee funded transportation system is not going to be acceptable to the American trucking industry, period. Furthermore, we have real questions about the viability of the administration’s plan to use one-time proceeds from an unspecified and unlikely to pass corporate tax reform idea, along with inefficient highway tolling or private capital financing,” Graves said. “The focus must be on real, long-term funding answers rather than repeatedly looking for the proverbial ‘nickels in the couch cushions.”

The Grow America bill reaches Capitol Hill as the House and Senate are under pressure to pass legislation to ensure that the Highway Trust Fund does not run out of money by August.

“Failing to act before the Highway Trust Fund runs out is unacceptable and unaffordable,” said U.S. Transportation Secretary Anthony Foxx.

DOT says the Grow America Act would “create millions of jobs and lay the foundation for long-term competitiveness, rebuilding crumbling roads and bridges while providing much-needed certainty for local and state governments and addressing the country’s future needs.”

Key elements within the proposal specifically related to trucking include:

Stephen Sandherr, CEO of the Associated General Contractors of America (AGCA), believes the administration’s transportation proposal should help “accelerate debate and action” on a new highway and transit bill before the current legislation expires at the end of September.

“This new proposal sets a clear marker that any new legislation must span, at a minimum, four years and increase investment levels,” he said.

“The proposal also firmly establishes the need to identify a dedicated way to pay for needed repairs to our aging network of roads, bridges and transit systems,” Sandherr added. “While there is likely to be debate as more details become available about the administration’s preferred funding option, Congress and the president need to work together to develop a timely funding solution before the federal HTF hits a zero balance this summer.”