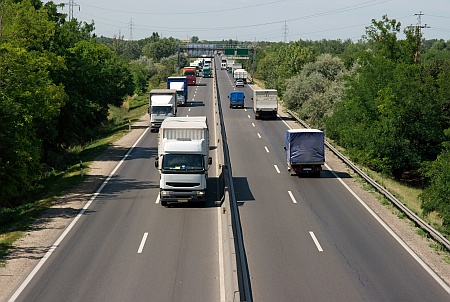 When the California Air Resources Board (CARB) recently decided to give smaller truck fleets more time to comply with its Truck and Bus Rule it received a strong pushback from fleet owners who are in compliance.

CARB’s late April decision prompted a number of carriers to argue that fleets not in compliance now have a competitive advantage over fleets in compliance because they can charge lower rates.

A few days before an April 24 public hearing, the California Trucking Association (CTA) slammed CARB for two of its proposed changes: Rolling back requirements for non-compliant truckers who had been denied for a loan and for the second and third trucks in small fleets.

“The majority of the opposition to these delays has come from small fleets who have complied at great cost,” said Shawn Yadon, CEO of CTA. “It’s unacceptable for CARB to pull the rug out from underneath them now.”

CTA noted that CARB’s Truck and Bus Rule had been in effect since 2008 and that a majority of truckers had already taken at least some steps needed to be in compliance.

The association estimates that compliant truckers have approximately 15 to 30 percent higher costs than non-compliant ones.

The CARB decision gives fleets another two years to bring their second truck into compliance and two more years to upgrade or replace a third truck.

On the other hand, CARB did shorten the proposed compliance deadline for fleets that had been denied loans for upgrades.

Initially, CARB staff had proposed to give such operators another four years through 2018. The board cut the additional time by two years, requiring them to be in compliance by the end of 2016.

For many truckers speaking at the public hearing held the day before the board decision, any easing of the compliance requirements was unacceptable.

“I spent hours and hours fighting the rule – fighting what is in existence right now,” said Shellie Archer, owner of 64-truck Archer Trucking in Ukiah. “All the things you are proposing today in the amendments, we begged for those things. For over four years, we begged. You said no as a board. It was absolutely ‘This is the rule. This is the law.’ And my husband and I stepped up, and we are over $3 million in debt. And now my competitors who have not complied are getting the golden ticket. I am getting slapped in the face because I complied and made the investment,” she said.

Archer argued that the fairness issue becomes very clear when you consider one-truck operations. Archer Trucking uses about 60 owner-operators of individual trucks, she said. About half have complied by retrofitting a diesel particulate filter or by buying a new truck. But the other half haven’t and are getting away with it.

But not all operations speaking up were small. Tom Lanting, president of Ontario-based Gardner Trucking, reminded CARB that its mission was to protect public health and welfare.

“We spent $55 million to comply with your laws and regulations,” said Lanting, whose company operates more than 1,700 power units in California. “We have done our job. We expect that you folks do your job and protect the well-being and health of the children of this state. We are on board; you need to be on board, too.”

In its April 25 business meeting, CARB staff addressed some of the issues raised by Archer and others.

Per CARB, the agency has few options for rewarding truck owners that are compliant and it is bound by statute to meet certain emissions thresholds. Any tax credits or additional financial incentives would require legislation. On the enforcement issue, staff suggested that linking compliance with registration might be desirable, but that also would require legislation.

Staff did float one option for rewarding compliant fleets that is within CARB’s authority: Giving operators currently in compliance until 2020 to upgrade or replace remaining trucks. CARB could not go beyond 2020 under existing law.

The problem with this approach, however, is that it substantially reduces the particulate matter-reduction benefits of the Truck and Bus Rule.

The amendments adopted by CARB include the following:

They also include recognition of fleet owners who have already complied by providing additional “useable life” for retrofit trucks and reducing near-term compliance requirements.