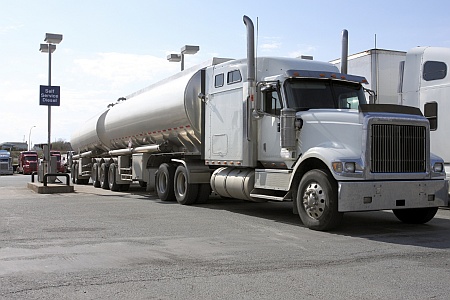 The funding comes from EPA’s Diesel Emission Reduction Program (DERA) and will target the most cost-effective projects and fleets operating in areas designated as poor air quality areas.

Diesel engines are extremely efficient but emit air pollutants such as nitrogen oxides (NOx) and particulate matter (PM). These pollutants are linked to a range of serious health problems including asthma, lung and heart disease, other respiratory ailments, and even premature death.

The DERA program, launched in 2008, has improved air quality and provided critical health benefits by reducing hundreds of thousands of tons of air pollution and saving millions of gallons of fuel. EPA estimates that clean diesel funding generates up to $13 of public health benefit for every $1 spent on diesel projects.

EPA has awarded more than 600 DERA grants across the U.S. and reduced more than 250,000 tons of NOx and more than 14,000 tons of PM. Many of these projects fund cleaner diesel engines that operate in economically disadvantaged communities whose residents suffer from higher-than-average instances of asthma, heart, and lung disease.

Now is a good time for fleets to consider cleaner operations, according to Dr. Walter G. Copan, executive vice president for Clean Diesel Technologies (CDT). Prior to joining CDT, Copan was the principal licensing executive at the National Renewable Energy Laboratory of the U.S. Dept. of Energy.

“There are far more reasons for fleets to get involved now rather than wait. Today, they have an opportunity to get an early view of what emerging technologies can do, and there are numerous financial incentives available to make that easier to do. Fleet competitiveness is going to play out in new ways going forward, and one of those ways is in the area of environmental responsibility,” said Dr. Copan. “Taking an environmental leadership role now can be part of a strategy to gain market share, for instance, a tiebreaker in a bid for new business. It is time for fleets to look around and understand the new forces within the marketplace and make decisions to position themselves to thrive in that new environment. We have been very impressed with the number of fleets that are stepping up and taking a leadership role and becoming part of the growing environmental stewardship movement. Peer groups are really leading by example now,” he added.

“California is one of our biggest markets. The California Air Resources Board is at the forefront and leading the charge on clean air, compared to the rest of the world,” said Nikhil Atul Mehta, CEO for the company.

In April, the California Air Resources Board gave CDT”an expanded verification” for its Purifilter EGR emission reduction system. That will allow the product to be used in a broader range of emissions control situations.

A recent report by the American Lung Association (ALA) finds that nearly half of all Americans live in counties in the U.S. where ozone or particulate emission levels are meeting EPA clean air standards. ALA singles out cleaner diesel fleets as one of two main contributors to that success for particulate emissions.  Cleaner power plants were also identified as a key contributor.

“We’re pleased that the American Lung Association recognizes clean diesel technology as one of the key reasons for the air quality improvements,” saidAllen Schaeffer, executive director of the Diesel Technology Forum.  “Engine and equipment makers together with fuel refiners and emissions control technology companies made significant investments to produce this new generation of clean diesel technology with near zero levels of emissions.   It is rewarding to see the benefits of this work reflected in the quality of our environment.”