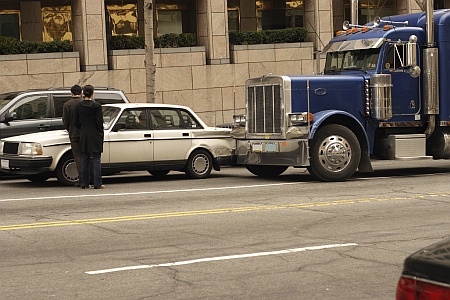 When combined with societal impacts (loss of life, decreased quality of life due to injuries) the price tag for crashes jumps to $871 billion, according to NHTSA’s study, “The Economic and Societal Impact of Motor Vehicle Crashes, 2010.”

“We want Americans to live long and productive lives, but vehicle crashes all too often make that impossible,” said NHTSA Acting Administrator David Friedman. “This new report underscores the importance of our safety mission and why our efforts and those of our partners to tackle these important behavioral issues and make vehicles safer are essential to our quality of life and our economy.”

NHTSA has also been tracking the effects of seat belt use since 1975 and estimates that between 1975 and 2010, seat belts saved over 280,000 lives and prevented 7.2 million injuries, preventing a loss of $1.6 trillion in economic costs alone.

In 2010 alone, more than 3,350 people were killed and 54,300 were seriously injured unnecessarily because they failed to wear their seat belts.

“While the economic and societal costs of crashes are staggering, today’s report clearly demonstrates that investments in safety are worth every penny used to reduce frequency and severity of these tragic events,” said Transportation Secretary Anthony Foxx.

FMCSA’s Anne Ferro said safety belt usage among bus and medium-to-heavy duty truck drivers is up six percent from 78 percent in 2010 to a new high of 84 percent in 2013.

“It’s a fact that when drivers and passengers buckle-up, their odds increase dramatically for surviving a crash,” said Ferro. “The results of our 2013 survey show that in just the last three years more commercial drivers are getting the message, and we will continue working through programs like the art contest to encourage the remaining 16 percent to buckle-up.”

Other findings from the 2013 Seat Belt Usage by Commercial Motor Vehicle Drivers Survey include the following: