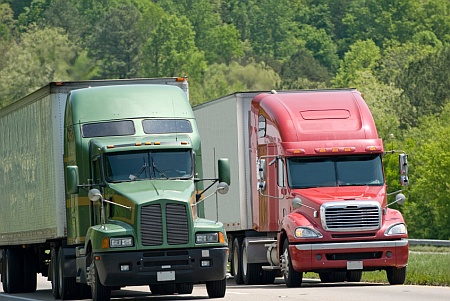 Plans to raise the minimum insurance coverage on trucks were issued a roadblock in the U.S. House of Representatives recently when the House voted 214-212 in favor of an amendment to the Transportation, Housing and Urban Development (THUD) appropriations bill that would place a cap on insurance coverage.

The amendment, sponsored by Rep. Steve Daines of Montana and co-sponsored by Rep. Sam Graves of Missouri, seeks to prohibit the Federal Motor Carrier Safety Administration (FMCSA) from initiating rulemaking that would increase the minimums.

“The small businesses that make up the majority of the truck and bus industries not only provide jobs for thousands of Americans, they play an important role in moving goods and people and supporting our economy,” Daines said. “It flies in the face of common sense to put people’s livelihoods at risk without any evidence that it would improve the safety of our roads or better meet the needs of catastrophic accident victims. I’m glad the House joined me in supporting this measure to protect small businesses and the jobs they provide.”

The Owner-Operator Independent Drivers Association (OOIDA) has been a vocal opponent to the increase in required insurance coverages, stating that such an increase would create a burden for truckers.

OOIDA was part of an alliance that lobbied in support of the Daines-Graves amendment. The alliance pointed that while FMCSA’s own study found that less than 0.2 percent of truck-involved accidents result in damages that exceed higher insurance requirements, there are no studies that show higher insurance requirements result in improved safety performance.

In a letter supporting the amendment, those organizations noted: “The higher premiums will impact single truck and bus owners the most, where higher operating costs lead to less take-home pay. Increases of this magnitude are unaffordable, and will simply force many out of the industry altogether. Making matters worse, an increase is not backed up by data … No study has shown that higher insurance requirements will result in improved safety performance of a motor carrier.”

“First and foremost, we appreciate the hard work of our members as they reached out to their lawmakers on this issue. Special thanks to Congressman Daines and Congressman Graves and their staff for offering the amendment and working it through the process,” said OOIDA Director of Government Affairs Ryan Bowley.

The amendment, if passed into law with the full THUD bill, would prohibit FMCSA from spending any funding to develop, issue or implement regulations that increase the insurance minimums. The amendment would freeze the minimum requirements at the current levels of $750,000 for interstate commerce and $1 million for hazmat haulers.

FMCSA’s study found that catastrophic motor carrier crashes resulting in injury, death and/or damages that exceed the current limits are relatively rare — less than one percent of 330,000 crashes analyzed. However, while catastrophic crashes are rare, the costs for the resulting severe injuries can exceed $1 million and current insurance limits do not adequately cover these costs, according to the report.

Other organizations have also studied the issue and come to different findings. They include the Pacific Institute for Research and Evaluation (PIRE), which concluded that the upper range of liability awards in large truck crashes involving death or catastrophic injury is about $10 million (in 2012 dollars) and recommended a limit per crash of at least that amount, indexed for inflation.

The Trucking Alliance concluded that the $750,000 limit is inadequate for 42 percent of crashes and backed higher limits.

Rep. Matt Cartwright, D-Pa., who opposed Daines’ amendment, last year filed legislation to raise the limits. His legislation (H.R. 2730) would increase the minimum level from $750,000 to $4.422 million to reflect 34 years of medical cost inflation. The trial lawyers’ association— the American Association of Justice — has endorsed his measure.