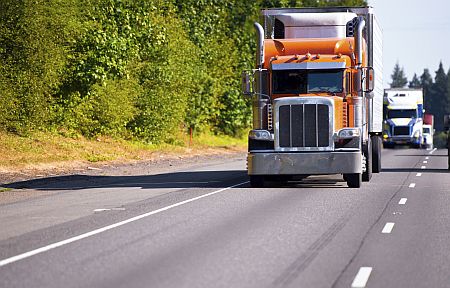 A national shortage of truck drivers, coupled with new federal trucking regulations and higher fuel costs could soon hit consumers in the wallet.

With the U.S. economy getting healthier, more people are buying consumer goods and that means more goods need to be shipped.

Michigan-based Con-way Freight has a fleet of 9,500 trucks with an estimated 15,000 drivers, but the company has 800 open positions, according to spokesman Gary Frantz. The company is planning to reopen its driving school at its Romulus service center.

“It takes more drivers to move the same amount of freight,” he added. “We’re still seeing some rebounding occur since the winter caused some shippers to hold back on their business activities. We’re seeing some of that come back in the spring. … Over the last several, a lot of capacity has come out of the business. Companies either are exiting the business or cutting back on the size of their fleets. Remember, we had a recession. Business went down, freight volumes retracted and companies reacted.”

Marty Koppelman, president of Ohio’s Columbia Steel and Wire, has seen freight rates jump 10-15 percent. His Cleveland company manufactures steel bars and wire for the construction trade and auto and lawn mower parts suppliers, including some in metro Detroit.

He views the trucking problem as a shortage in traditional supply-and-demand terms; his company now sends out 20 truckloads of material a week, more than was the case during the heart of the recent recession. During that time, some drivers left the trucking business, making the situation today more acute.

“It’s been extremely busy, so there were not enough trucks to handle all the volume. When that happens, the truckers are very selective, so they’re only going to take the loads when they make the most money and have a round trip,” he explained. “They know they have you. They jack that price up.”

Last July, federal trucking hours-of-service rules changed; they limited the number of hours truckers can work and allows them to restart their work clock if they sit out 34 hours, including certain hours of the night. The trucking industry says this curtails their productivity, which ultimately leads to higher trucking charges and higher prices on raw materials and items on store shelves.

To combat the higher freight weights and truckers who don’t want to deadhead on the way home, Koppelman is considering buying his own truck — at a cost of about $70,000. Until then, he has to stomach the higher costs himself and anticipates a four percent drop in profits this year due to the transportation issues.

“We have to add it to our price now,” he explained. “When we quote a job, we quote a delivered price. … Three weeks after, the steel is ready and the price has gone up. We have to swallow.”

Seventy percent of all U.S. freight by tonnage is moved by truck, an estimated 9 billion tons, the American Trucking Associations (ATA) reported.

Employers added 288,000 jobs in June, 17,000 of them in the transportation and warehousing arena, and the unemployment rate fell to 6.1 percent, according to the U.S. Department of Labor.

A survey by GE Capital of more than 400 U.S. fleet executives found that most fleets are looking to expand in the next year.

The survey found the following:

Roughly two-thirds of the executives at the helm of companies with sales between $10 million and $1 billion said their firms saw 65 percent better performance along with 69 percent better financial performance compared to a year ago.