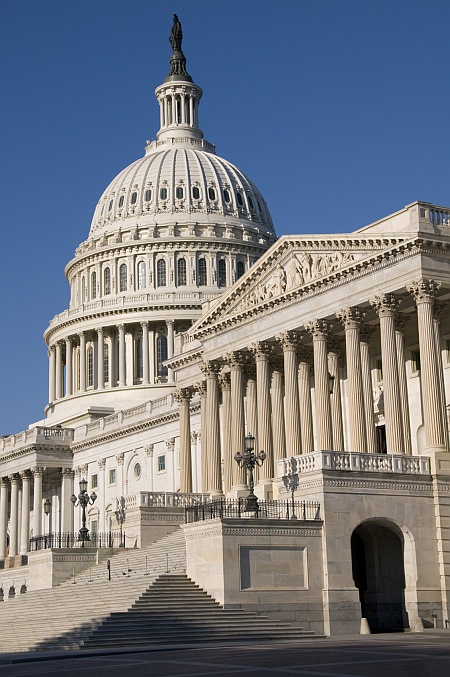 The U.S. House of Representatives last week passed a $10.9 billion extension of U.S. transportation funding through May 2015. The measure effectively puts off the issue of transportation infrastructure funding until next year.

The stopgap measure, if approved by the Senate, will avert federal cutbacks next month for roads, bridges and transit projects.

Congress is nearing its summer recess, which means Senate action could take place this week.

Without new funding, the Department of Transportation has said it will start to cut back federal funding for projects by nearly a third starting on Aug. 1, the same day Congress begins a five-week summer recess.

“If Congress fails to act, thousands of transportation projects across the country and hundreds of thousands of construction jobs will be at risk,” said House Transportation and Infrastructure Committee Chairman Bill Shuster, a Pennsylvania Republican. “This legislation provides much needed certainty and stability for the states.”

The American Trucking Associations (ATA) recently came out in support of a long-term funding solution fueled by increased user fees.

“For decades, America’s 3.2 million truck drivers have witnessed the effects of under-investment in our highway system through their windshields. Our drivers see the 63,000 deficient bridges; thousands of miles of highways in poor condition and increasingly heavy congestion that pollutes our air, costs all of us money, takes time away from families and makes travel needlessly dangerous. All these issues are a direct result of the inadequate, inconsistent and unpredictable funding cycle that is perpetuated by the current approach of putting off passage of a long-term revenue bill,” said ATA President and CEO Bill Graves.

“Our industry pays $18 billion each year into the federal Highway Trust Fund through taxes and fees – more than 40 percent of total highway user fees – because the highway system is the trucking industry’s workplace. Companies that fail to maintain and modernize their plants and equipment inevitably fail. The highway system is no different.

“That is why ATA’s members have long sought an increase in highway user fees. It is past time to make the investments necessary to maintain the safety and efficiency of our highways,” he added.

The Highway Trust Fund, which has been supported by fuel tax revenues since its inception in 1956, has run chronically short of money in recent years because of higher construction costs and improved vehicle fuel economy.

The biggest revenue source in the House-passed bill is often called “pension smoothing,” which allows companies to reduce near-term contributions to employee pension programs by assuming a higher, historical average rate of return. That move is expected to boost corporate tax collections by the U.S. Treasury by about $6.4 billion over 10 years.

President Obama said the short-term measure would not solve the problem.

“Congress should work to pass a long-term authorization bill well before the expiration date set forth in H.R. 5021,” the White House said. The Administration did give its support to the stopgap measure.

“With surface transportation funding running out and hundreds of thousands of jobs at risk later this summer, the administration supports House passage of H.R. 5021,” the White House said in statement. “This legislation would provide for continuity of funding for the Highway Trust Fund during the height of the summer construction season and keep Americans at work repairing the nation’s crumbling roads, bridges and transit systems.”

On a more long-term basis, the president is advocating a new program to attract more private money to help pay to build new roads and bridges. The new program is designed to encourage collaboration between state and local governments and private-sector investors, expand the market for public-private partnerships and make greater use of federal credit programs.

Obama argued that the U.S. is losing its competitive edge to other countries that spend freely on infrastructure upgrades.

Transportation Secretary Anthony Foxx welcomed the progress on Capitol Hill but said a short-term solution “is still insufficient to solve our crisis.”

Lawmakers have kept the fund teetering on the edge of bankruptcy since 2008 through a series of temporary patches because they can’t agree on a politically acceptable, long-term funding solution.