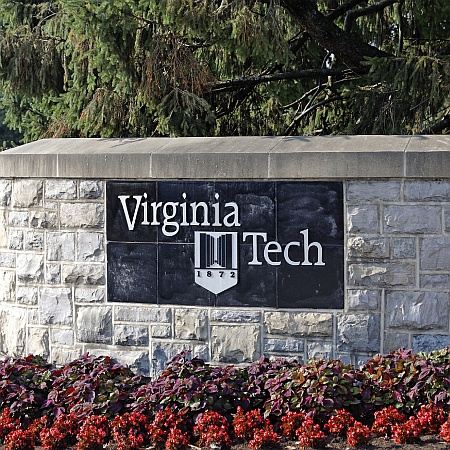 Virginia Tech’s Transportation Institute (VTTI) has been awarded two federal contracts worth a potential $55 million to study safety for commercial truck drivers and conduct research in the field of autonomous vehicles.

“These awards are a testament to the growth of this institute and to the dedication of our researchers who continually strive to be forward thinkers, to take into consideration the greatest transportation challenges not only of today but those of the future,” said Tom Dingus, director of VTTI.

The $30 million award from FMCSA builds on a previous $10 million contract that included research on text messaging while driving as well as separate research that helped shape the current hours-of-service rules.

Both studies were headed up by Richard Hanowski, director of VTTI’s Center for Truck and Bus Safety.

Hanowski said the new research will include studies into the effects of fatigue and distraction on driver performance.

The work is expected to take multiple years and includes the use of a naturalistic driving video capture technique, according to the institute, which places multiple cameras inside and outside a vehicle, unobtrusively recording the participant driver as they interact with the vehicle and the road while traveling.

Much of the institute’s current crop of research, from distracted driving to research involving the actions of teen and senior motorists, has stemmed from using video capture, with more than 40 million miles of data analyzed.
Additional potential tasks include vehicle handling and braking, vehicle dynamics, and other characteristics that influence driver behavior, said Hanowski.

“We have a strong team in place to explore, clarify, or resolve human factors and other safety issues that require human behavior and performance data, collected using on-road instrumented vehicles, field settings, and simulation in advanced driving simulators,” he said. “The institute has conducted several important studies for FMCSA that have helped shape transportation policy in the U.S. and worldwide, and we are excited for the opportunity to continue our relationship with the agency through this new award.”

The $25 million contract from NHTSA will be directed by Myra Blanco, who heads the institute’s new Center for Automated Vehicle Systems.

The contract will focus on research, including safety protocols, of autonomous vehicle technology expected to flood the automotive market in the next decade.

Blanco will study vehicle electronic systems, including electronic controls of the vehicle, seek reinforcements to block potential hacking of vehicles, and identify potential safety issues, including fail-safe systems, according to VTTI.

“We are going to take a wide-view approach at looking at the different sub-systems inside the vehicle, and we’re going to look at the human interactions with the vehicle, as well as the several key reliability aspects,” said Blanco.

Work by Blanco will build upon previous collaborations between the institute and General Motors and Google, according to VTTI, including research focusing on how motorists interact with automated vehicles, such as letting the car autonomous programming take driving control duties, and the need or possibility of the a human commandeering the operation of the car.

At last week’s Fleet Safety Conference in Chicago, distracted driving was the topic of a panel discussion at a breakout session immediately following the keynote address.

Ken Latzko with CEI Group said research from VTTI found that a text message takes at least five seconds, “which is like driving the length of a football field blindfolded. You wouldn’t pay me to close my eyes for five seconds going down the Interstate, but people do the same thing voluntarily with texting.”

Mike Pitcher, president and CEO of LeasePlan USA, was the keynote speaker and addressed changing corporate safety culture, specifically talking about his company’s adoption of a no-cell-phone ban.

Pitcher said his company’s emphasis on family and teamwork is an important part of the equation.

“I will not stand here and preach and say LeasePlan’s way is the right way,” Pitcher said. He said focusing on the corporate culture was a good starting point. LeasePlan also looked at how to position the message to appeal to the diverse generations working in the company.

He said the company’s policy may not have eliminated the use of cell phones in vehicles but believes it is making a difference.

“You will never eliminate risk. You will simply mitigate it,” he said.