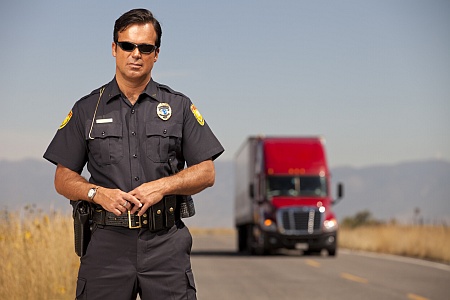 “It is clear from this data that FMCSA and its state partners have a substantial opportunity to improve truck safety through a more effective allocation of enforcement resources. However, seizing on this opportunity will require difficult choices and a willingness to challenge traditional approaches to enforcement.”

Osiecki told the Senate committee a greater focus on traffic enforcement will have an impact on state agencies.

“For instance, since many state officials who conduct vehicle inspections don’t have traffic enforcement authority, their livelihoods may be threatened,” he says.

“However, it is clear from the data that these difficult steps must be embraced and implemented in the interest of further reducing crashes and saving lives.”

Osiecki says roadside inspections are limited to checking for defects and reviewing a driver’s work diary, while traffic enforcement involves on-road monitoring to detect unsafe behavior and some form of inspection.

He also used his appearance to reiterate the ATA’s support for mandatory speed limiters and electronic logs, along with the creation of a national database to house drivers’ positive drug and alcohol tests.

“Such a database would close an existing loophole that allows drivers who violate the drug and alcohol regulations to evade the consequences of their actions by merely obtaining employment elsewhere,” he said.

Osiecki said the trucking industry has made significant safety gains over the years, including reducing the number of truck-involved fatalities from 2002 to 2012 by 21 per cent.

The injury rate from accidents involving trucks has also fallen 20 per cent over the same period.

Osiecki says the truck-involved fatality rate has dropped 74 per cent since 1975, the year the U.S. Department of Transportation started keeping records.

The $7.5 billion in investments goes towards things like safety training, safety-related bonuses and safety technologies. Osiecki said the investments are only part of the solution and called on the federal government to do more to address the causes of crashes.

“Driver error causes most crashes. More specifically, driver mistakes and driver misbehaviors – by both professional drivers and passenger vehicle drivers,” he said. “In fact, car drivers contribute significantly to truck crash numbers. If the regulatory, enforcement and safety program lens is focused properly on the most common mistakes and misbehaviors by all involved in the safety equation, big safety gains are possible.”

On the agenda at the Senate subcommittee meeting was the issue of Hours-of-Service restart provisions, that some are trying to rescind in the new transportation legislation.

ATA is in support of rescinding the HOS restart provisions.

“It is important to point out that ATA supports five of the six main components of the rules,” Osiecki. “ATA’s only quarrel is with the restrictions recently placed on use of the restart provision. These restrictions are unwarranted, have unintended economic impacts, and may actually increase risk.”

Outgoing FMCSA administrator Anne Ferro defended the restart changes and said they should remain in place pending a study.

“We have heard criticism that the new rule discriminates against nighttime drivers and forces them to drive during the day and in prime rush hours,” she told the subcommittee. “We have seen no evidence to support this claim.”

Ferro said that the rule does not prevent carriers and drivers from setting their own schedules or restrict drivers from being on the road during any time of the day. “Whatever the limits on driving and work hours may be, if the motor carrier and driver plan their schedule so tightly that the driver can barely complete the run legally, then problems with completing runs inevitably will occur,” Ferro said. “That fact cannot support any rollback of the current rule.”