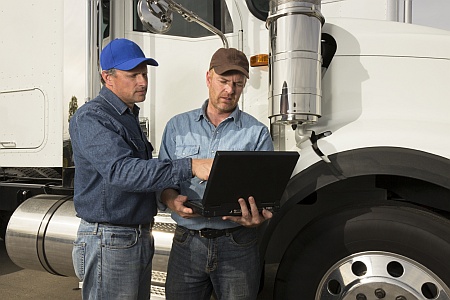 U.S. Xpress, the Chattanooga-based trucking giant, will boost truck driver pay by 13 percent effective this month in an effort to attract and retain drivers in its growing trucking operation.

“The trucking industry has and will always remain the lifeblood of the U.S. economy,” said U.S. Xpress CEO Max Fuller. “Our industry needs to celebrate professional, career drivers and better reward them for the hard work they do day in and day out.”

U.S. Xpress joins firms such as Swift Transportation and Con-Way which have recently announced financial incentives for existing and new drivers.

Fuller said the increase in the mileage rate for over the road solo truck drivers is “a monumental step to becoming the carrier of choice for safe, career-minded professional truck drivers.”

U.S. Xpress plans to boost its base mileage pay for over the road (OTR) solo, non-dedicated truck drivers by an average of 13 percent effective Aug. 25 while also eliminating its “sliding pay scale” for all OTR solo drivers as well.

Con-Way is planning to boost its per-mile pay for new-hire experienced drivers to a total of 42.5 cents per mile starting Sept. 7 and beef up its incentive bonus structure in the bargain as well – an effort aimed at increasing productivity while rewarding drivers for their loyalty, said Joseph Dagnese, the carrier’s president.

On top of that, with respect to layover pay, he noted the carrier is increasing driver compensation from $60 to $75 per day.

“Our drivers are the company’s most important asset,” Dagnese explained. “After listening to their feedback and evaluating current market trends, this is the right time to increase our mileage rate and add new compensation programs which reward driver loyalty, productivity and safe driving performance.”

Swift Transportation recently rolled out a new multi-pronged effort to improve its driver recruiting and retention efforts that includes pay raises and the development of more dedicated operations.

“We are instituting a large driver pay increase in the third quarter and if current driver shortages continue, driver wages may continue to increase, but probably not to the extent of the increase we are giving this year to our drivers,” said Jerry Moyes, Swift’s founder and CEO.

“The dedicated business is much more driver friendly,” he added. “It’s more consistent, predictable and generally allows for more regular home time. All of which are desirable in a difficult driver retention market like that which we are facing today. That’s why we are currently talking to our customers about the need to get more money in the hands of our drivers.”

Swift – which currently employs 14,700 drivers along with some 5,000 contracted owner-operators – noted that revenue per loaded mile increased 3.7 percent on average.

Yet finding and keeping drivers still remains a tough task for the trucking industry. Bob Costello, chief economist for the American Trucking Associations (ATA) trade group, said the industry has in the range of 30,000 to 35,000 unfilled truck driver jobs – a shortage only expected to worsen.

“As the industry starts to haul more because demand goes up, we’ll need to add more drivers – nearly 100,000 annually over the next decade – in order to keep pace,” he said.

National Retail Systems (NRS), the parent company of Keystone Freight, is working to identify major roadblocks in the truck driver recruiting and retention process. NRS has an ongoing survey effort underway and so far the biggest issues that have emerged are pay, home time and benefits.

Chris Saville, marketing director for NRS, said trucking firms are finding it far easier to recruit for local truck driver jobs versus regional and long-haul positions. “It’s not necessarily ‘easier’ per se to recruit drivers for any position today,” he said. “It’s just easier by comparison to fill local trucking jobs where home time is more frequent versus long-haul jobs.”

The Bureau of Labor Statistics (BLS) indicates the trucking industry has yet to replace truck driver positions lost during the recession.