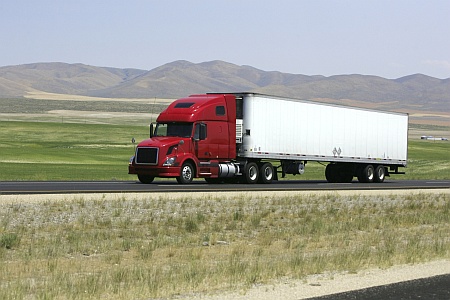 The National Highway Traffic Safety Administration (NHTSA) is laying the groundwork for Vehicle-to-Vehicle technology in future light vehicles and trucks.

NHTSA recently released an advance notice of proposed rulemaking (ANPRM) as well as a research report on V2V communications technology that indicates which direction the agency is moving.

The report includes analysis of the agency’s research findings in several key areas including technical feasibility, privacy and security, and preliminary estimates on costs and safety benefits, while the ANPRM seeks public input on these findings to support the agency’s regulatory work to eventually require V2V devices in new light vehicles.

“Safety is our top priority, and V2V technology represents the next great advance in saving lives,” said U.S. Transportation Secretary Anthony Foxx. “This technology could move us from helping people survive crashes to helping them avoid crashes altogether – saving lives, saving money and even saving fuel thanks to the widespread benefits it offers.”

The report includes preliminary estimates of safety benefits that show two safety applications – Left Turn Assist (LTA) and Intersection Movement Assist (IMA) – could prevent up to 592,000 crashes and save 1,083 lives saved per year.

In other words, V2V technology could help drivers avoid more than half of these types of crashes that would otherwise occur by providing advance warning. LTA warns drivers not to turn left in front of another vehicle traveling in the opposite direction and IMA warns them if it is not safe to enter an intersection due to a high probability of colliding with one or more vehicles. Additional applications could also help drivers avoid imminent danger through forward collision, blind spot, do not pass, and stop light/stop sign warnings.

NHTSA plans to deliver a Notice of Proposed Rulemaking by 2016.

“By warning drivers of imminent danger, V2V technology has the potential to dramatically improve highway safety,” said NHTSA Deputy Administrator David Friedman. “V2V technology is ready to move toward implementation and this report highlights the work NHTSA and DOT are doing to bring this technology and its great safety benefits into the nation’s light vehicle fleet.”

V2V technology has the potential to be fused with existing vehicle safety features to further improve the effectiveness of many crash avoidance safety systems currently being developed and implemented in the vehicle fleet and serve as a building block for a driverless vehicle.

Vehicles equipped with V2V technology could also enable the development of a wide range of mobility and environmental benefits based on vehicle-to-infrastructure applications and other V2V applications that can enhance traffic flow in many ways. V2V technology does not involve collecting or exchanging personal information or tracking drivers or their vehicles.

The information sent between vehicles does not identify those vehicles, but merely contains basic safety data. In fact, the system as contemplated contains several layers of security and privacy protection to ensure that vehicles can rely on messages sent from other vehicles.

The National Transportation Safety Board (NTSB) is urging V2V technology be mandated on all new vehicles.

“This technology, more than anything else, holds the promise to save lives and prevent injuries,” said NTSB Chairwoman Deborah Hersman.

NHTSA is slated to issue recommendations regarding the technology for light-duty vehicles by the end of this year and for heavy-duty trucks by the end of next year.

NHTSA’s recommendations could include the mandate the NTSB seeks or merely incentives for including the technology on vehicles or even just call for more research into the matter.

DOT’s foray into connected vehicle systems (CVS) was driven by research conducted by NHTSA that showed “deployment of connected-vehicle systems have the potential to address unimpaired driver crashes.”

The agency has estimated that such technology could prevent four out of every five crashes involving non-impaired drivers. CVS could also be used to route drivers around traffic tie-ups.

However, DOT determined that more research was needed to gauge “the true effectiveness of this technology” before NHTSA was due this year to make a decision on at least recommending “connected vehicle communications for safety.”

According to DOT, the idea underpinning CVS is that by trading anonymous, vehicle-based data regarding position, speed and location, V2V communications coupled with vehicle-to-infrastructure (V2I) communications would enable “a vehicle to sense threats and hazards with a 360-degree awareness of the position of other vehicles and the threat or hazard they present; calculate risk; issue driver advisories or warnings; or take pre-emptive actions to avoid and mitigate crashes.”

Researchers predict that connecting vehicles to other vehicles in this way would prevent “76 percent of the crashes on the roadway.”