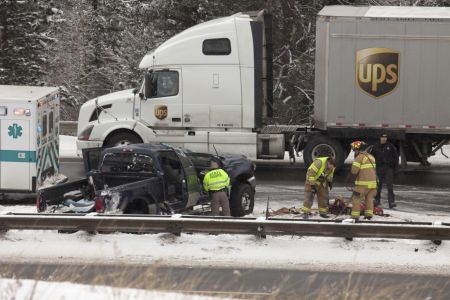 Recently, the American Trucking Associations (ATA) and a number of other national groups asked U.S. Secretary of Transportation Anthony Foxx to remove the carrier’s safety ratings currently available on FMCSA’s online Safety Measurement System database because the ratings are inaccurate and potentially harmful to the industry.

The coalition is pointing to a February report from the Government Accountability Office (GAO) that says the SMS system suffers from fundamental data sufficiency and methodology issues that seriously affect the reliability of motor carrier’s scores.

The coalition says the scoring system deficiencies are significant because shippers look at the percentile BASIC scores in deciding whether or not to use a carrier. Trial attorneys also cite the scores in court cases, the coalition asserts.

FMCSA has denied the claims, prompting the coalition to bypass FMCSA’s internal watchdog group and taking its complaints directly to Secretary Foxx.

ATA, the Owner-Operator Independent Drivers Association and other groups have become increasingly vocal in their opposition to having the scores available to the public before the FMCSA devises a new system that uses the scores to produce safety fitness ratings.

The FMCSA is in the midst of a rulemaking on a new safety rating system based on CSA data.

The current safety rating system, which produces ratings of satisfactory, conditional or unsatisfactory, is based on motor carrier audits. Safety ratings can go unchanged for years, simply because the FMCSA does not have the means to conduct new audits.

Tying the safety fitness rating to the CSA data would mean ratings could change on a monthly basis, depending on safety scores. That’s fine, trucking groups argue, if the safety scores are accurate and reliable. At this point, the coalition says, the BASIC scores are neither.

The “GAO found that many carriers labeled as ‘high-risk’ by FMCSA due to SMS scores were not later involved in a crash,” the coalition said in its letter. Also, the FMCSA doesn’t have enough information to issue CSA scores or safety ratings for the majority of motor carriers.

What’s more, the CSA BASIC scores are focused on measuring carrier performance against BASIC average percentages derived from industry-wide analysis, which the trucking coalition says the GAO found to be an unsatisfactory predictor of the likelihood of future crashes.

“GAO’s analysis found scores to be unreliable predictors of individual fleet crash performance,” the coalition said. There’s even a chance that some fleets might appear safer than they actually are, the truckers argued, as scores are based on comparative performance.

Foxx and his deputies are likely to have heard many of these arguments before, in the wake of the GAO report. But the trucking groups’ letter is a sign they intend to press aggressively for changes in the CSA program in the wake of Ferro’s departure.

“Given the results of this research we urge you to direct FMCSA to remove motor property and passenger carriers’ CSA Safety Measurement System scores from public view. Also, recognizing the merits of raising public awareness of fleets’ true safety performance in the future, we also call on you to direct FMCSA to make CSA improvements a high priority,” the coalition wrote in the letter to Foxx.

“Our organizations understand and appreciate the merits of using safety measurements to publicly distinguish carriers that are involved in crashes or cited for violations that are related to crashes from those that are not. Such measurements, if fair and accurate, could leverage the marketplace (i.e. shippers, brokers, passengers and consignees) to further incentivize safe operating practices,” the letter further stated.