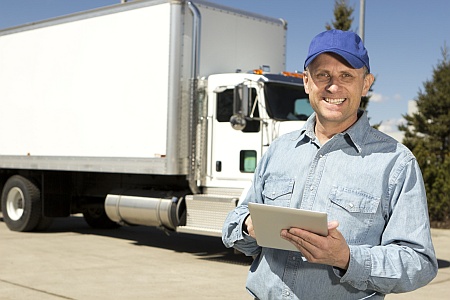 FMCSA is considering exempting moving truck drivers from Hours-of-Service (HOS) rules designed to limit drivers from being on the road for extended periods.

“Drivers typically spend a great part of their 14-hour driving window not driving,” the agency wrote in the Federal Register. “Instead, on-duty drivers work in private homes supervising the sorting, wrapping and packing of personal items, the disassembly and the reassembly of furniture and appliances.”

The American Moving & Storage Association requested the exemption so drivers at some 3,700 moving truck companies who have been working for longer than 14 hours can drive the moving van to a nearby rest stop where they can park overnight after they drop off the household items.
This exemption would prevent moving trucks from parking overnight in the neighborhood where they made the delivery, because the drivers are otherwise not allowed to move it to a nearby rest stop.

“The exemption would only be used by drivers who need to move their trucks from the customer’s residence to a safe place for overnight parking when there are delays in completing the job,” the agency wrote.

However, truck drivers would not be allowed to drive more than an additional 75 miles or 90 minutes to reach a rest stop, under the exemption.

FMCSA is also considering exemptions for 12 truck drivers who suffer from a history of seizures to get behind the wheel.

Federal rules prohibit people who have been diagnosed with epilepsy from driving a commercial motor vehicle, but the exemptions would allow those who are taking anti-seizure medication to continue driving.

The agency is also exempting dozens of truck drivers who use insulin to treat their diabetes from rules that would otherwise prohibit them from operating a truck.

“FMCSA evaluated the eligibility of the drivers and determined that granting the exemptions to these individuals would achieve a level of safety equivalent to or greater than the level that would be achieved by complying with the current regulation,” the agency wrote in the Federal Register.

The rules are intended to prevent truck drivers from endangering other drivers on the road. Federal regulators have begun cracking down on truckers who violate these and other safety regulations, particularly in the wake of the crash that nearly killed comedian Tracy Morgan.

FMCSA said the 72 drivers who use insulin to treat their diabetes have it reasonably under control and do not pose any additional danger to other drivers on the road. They will receive a two-year exemption from the rules.

FMCSA is not exempting all drivers who use insulin from the rules, however — only those that it believes do not pose a risk on the roads.
Furthermore, truck drivers that no longer need insulin to treat their diabetes are also exempt from the rules.