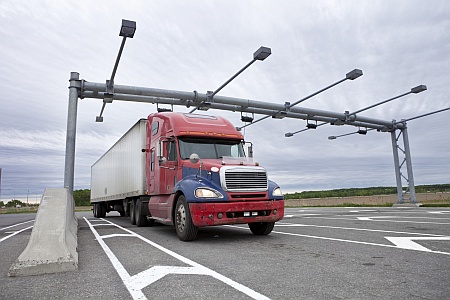 As Canada’s economy grows, its less-than-truckload (LTR) roster is shrinking.

The largest LTR carriers in Canada are gobbling up smaller competitors to gain territory and build market density.

“We continue to expand in Canada’s west due to its buoyant economy and our desire to round out our offerings in the region,” said Don Goodwill, president of Manitoulin Transport. The Westcan acquisition builds out Manitoulin’s LTL, flatbed and refrigerated services in the West and will allow for increased trip frequency to the north, according to Goodwill.

The sale does not include the liquid and dry bulk trucking and construction businesses of the RTL Westcan Group, known as Westcan Bulk Transport and RTL Construction. The Edmonton, Alberta company, founded in 1964, was acquired by Ohio-based Kenan Advantage Group, one of the largest bulk trucking operators in North America, in 2013.

Manitoulin Transport has been working its way west from Ontario through acquisitions and organic expansion. The Gore Bay, Ontario, company, which had about $435 million in revenue in 2013, according to SJ Consulting Group, is the 17th largest LTL carrier in North America and the second largest LTL operator in Canada, following TransForce.

TransForce increased revenue by $1 billion from 2009 through 2013, largely through acquisition, building a $2.9 billion trucking holding company with 60 operating carriers across several transportation sectors, including truckload, LTL, parcel and logistics. TransForce had about $619 million in LTL revenue before the Vitran buyout, according to SJ Consulting.

When it comes to buyouts, Manitoulin has been just as active. Westcan is its eighth acquisition in two years. In July, Manitoulin Transport gained full coverage in Manitoba by acquiring Jomac Transport, which provides daily overnight service between Winnipeg and northern communities. Last year, Manitoulin purchased Smooth Freight in Manitoba and Matco Transportation Systems in Alberta.

“We said a few years ago that we were committed to rounding out our services and reach in western Canada, and we made good on that commitment,” said Gord Smith, CEO of Manitoulin Group.

The carrier’s network of 60 Canadian terminals stretches from Vancouver, British Columbia in the West to Moncton, New Brunswick in the East and North to the Yukon and Northwest Territories. The company also has 250 service centers and partner carriers in the U.S.

The acquisitions build density for Manitoulin and TransForce and help the carriers take advantage of a strengthening economy and strong energy sector. Canada’s gross domestic product increased 3.1 percent year-over-year in the second quarter, with “notable increases” in wholesale and resale trade, as well as transportation, according to Statistics Canada.

Canadian export growth is slated to rise to 4.7 percent this year and 7.7 percent in 2015, as global and particularly U.S. demand builds, non-energy shipments rise, and the Canadian dollar weakens, according to a Royal Bank of Canada economist.

That bodes well for trucking companies such as Manitoulin and TransForce, which have strong cross-border trucking operations moving freight between Canada and the U.S.