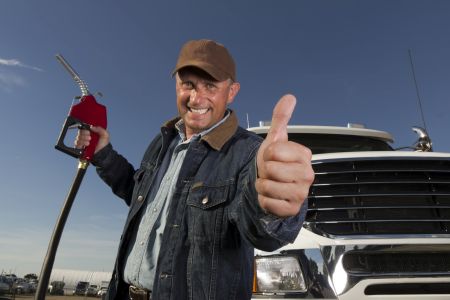 A year after a winter that put much of the transportation industry in a tailspin, projections for the upcoming winter are coming as a welcome relief.

The Energy Information Administration (EIA) is projecting that expenditures for natural gas, heating oil, electricity and propane will decrease this winter after last year’s frigid winter that was 11 percent colder than the 10-year national average.

On top of that, driven in large part by falling crude oil prices, U.S. retail prices for both regular-grade and diesel are projected to keep falling, too.
Prices at the pump, already the lowest in four years, should continue to fall, said Tom Kloza, GasBuddy’s chief oil analyst. He recently cut his forecast for the national average price this fall to between $2.95 and $3.10, from his previous call of $3.10 to $3.25.

Prices, said AAA spokesman Michael Greene, are in “freefall.” Prices on average have tumbled 15 cents a gallon in October and are down about 50 cents a gallon from the summer peak in June.

This is, in effect, consumer-spending stimulus: Lower gas prices mean more disposable income for American households. The New York Times, citing energy expert Tom Kloza, estimated that the average household will see “annual savings of $120 for every 10-cent drop in the price of gasoline.” Those savings take some time to work their way into Americans’ pockets, but are significant nonetheless.

Dean Baker of the Center for Economic and Policy Research thinks that even as the U.S. economy struggles, dropping oil prices are a good thing, even if they push too-low inflation into far-scarier deflation.

“If we have a mortgage debt will it be harder to repay our mortgage now that we have to pay less to drive our car or heat our house? If companies are thinking of investing in expanding a factory or new line of software will lower energy prices and possibly lower long-term interest rates make this less likely? If we exclude the situation of commodity producers, this is a positive for the economy,” he said.