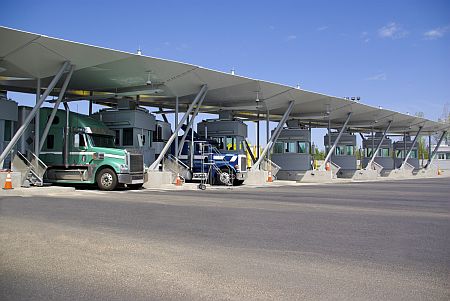 The Obama administration has granted provisional operating status to 13 Mexican trucking firms that have hauled goods to and from the United States during a pilot program for the past three years.

The program expired at the start of October. The administration said little about what would happen next and various commodity groups, including Washington apples, were nervous Mexican tariffs might resume.

“The purpose of the program was to evaluate the safety of cross-border, long-haul operations,” said Marissa Padilla, a spokeswoman for the Federal Motor Carrier Safety Administration.

The Department of Transportation is awaiting reports, collecting data and still evaluating before determining the next course, she said. Meanwhile, the 13 firms will be allowed to continue operations in the U.S., she said.

In an Oct. 1 letter to the FMCSA, Todd Spencer, executive vice president of the Owner-Operator Independent Drivers Association, said too few Mexican truckers participated in the program to meet congressional requirements for statistical validity. Only two Mexican carriers accounted for more than 81 percent of inspections and 90 percent of border crossings, he said. Further, safety regulations have largely been unenforced on Mexican carriers, he said.

The U.S. and Mexico agreed to allow each other’s trucks into the interior of their countries to deliver and pick up goods as part of the 1994 North American Free Trade Agreement. Trucks were not to compete with domestic trucking within the country.