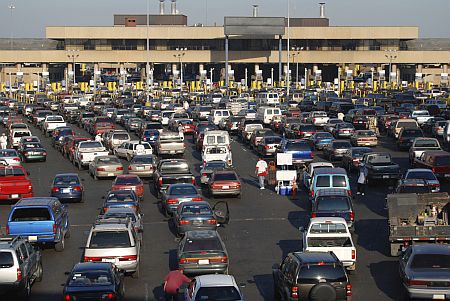 A three-year pilot trucking program between the U.S. and Mexico has come to an end and U.S. federal agencies are now in the process of evaluating the program.

The Federal Motor Carrier Safety Administration (FMCSA) and the DOT Inspector General’s Office met recently to discuss the results of the pilot project, which began in 2011 and ended Oct. 10. The pilot replaced an earlier Bush-era test program shut down in 2009 and led to the lifting of more than $2.4 billion in punitive tariffs Mexico imposed on U.S. goods.

The question on the table is the increasingly busy U.S.-Mexican border and what steps the U.S. will take next to meet its North American Free Trade Agreement obligations and avoid a renewed economic conflict with its second-largest trading partner.

The pilot project attracted very few Mexican carriers. For now, the tractor-trailers operated by the 13 Mexican trucking companies that participated in the program will continue to roll across the border and operate within the U.S. beyond the border commercial zone, as FMCSA decides whether to grant the carriers permanent U.S. authority.

“Prior to making any additional determinations regarding cross-border trucking issues or specific carriers, the Department of Transportation will await expected reports on the pilot program from the Motor Carrier Safety Advisory Committee and the DOT Inspector General,” a FMCSA spokesperson said. Until then, the Mexican carriers in the pilot project will have provisional or standard U.S. authority.

Through the project, those carriers received authority to carry freight beyond the border commercial zone to destinations throughout the U.S. and to haul freight back to Mexico, but not U.S. destinations. However, the trucking firms that enrolled in the project accounted for only a fraction of the total cross-border truck traffic between the U.S. and Mexico.

The pilot project carriers operated a total of 55 vehicles and employed 53 drivers, according to FMCSA data. In 2013, commercial trucks made 5.1 million border crossings between the Mexico and the U.S., a 1.8 percent increase over 2012, according to the U.S. Bureau of Transportation Statistics. From 2011-2013, the BTS logged a total of 15.1 million truck crossings.

On another front, the two countries have reached a new trade agreement similar to the U.S.-Canada agreement designed to streamline trade across the border and expedite freight movements between the two countries, according to Aristoteles Nunez Sanchez, chief of Mexico’s Tax Administration Service.

Under the agreement, carriers will be recognized as “trusted traders,” allowing them to move goods across the border in an expedited fashion, benefiting carriers, shippers and brokers. While participants will have to register in the program they will work toward a common application.

“The hope is that the mutual recognition allows foreign trade to flow more easily but in an atmosphere of security and protecting lives and society both in the United States and Mexico,” said Nunez Sanchez.

The agreement has drawn support from members of the trucking community in both countries.

“If we are able to implement the program the way it’s supposed to work, everybody benefits with the reduction in cost, the reduction in wait times,” says Martin Rojas, vice president of security and operations for the American Trucking Associations.

Railroad and short-sea shipping services are competing for the business.

As more automotive and white goods manufacturers locate production facilities in Mexico, the need for more diverse cross-border transportation options will only increase.