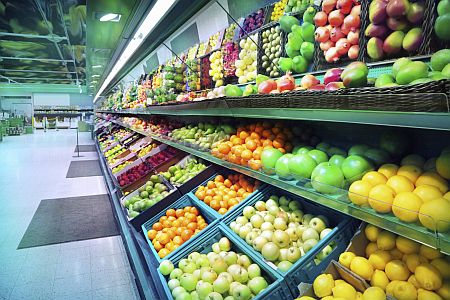 The U.S. Food and Drug Administration’s efforts to regulate transportation-related food safety are missing the mark, according to members of the transportation community that commented on proposed rules to implement the Sanitary Food Transportation Act.

The FDA received thousands of comments on its proposed rules. The law initially was enacted in 2005, but never implemented by the agency. Congress packaged the law’s provisions into the Food Safety Modernization Act that was signed in January 2011.

FDA is proposing new ways to make the original proposals more flexible, practical and targeted. The changes are based on input received during an unprecedented level of outreach to stakeholders and valuable input received from farmers and others directly affected by the rules. Thousands of comments were submitted electronically during the comment period.

“I’m not sure how they got there, or why, but the rules as proposed by the FDA would legally force receivers to reject loads of food if they were ever out of temperature range guidelines set by the shipper — no matter how narrow the guidelines,” said Patrick Brecht, an industry consultant and forensic scientist with experience in the transportation industry. “The way the proposed rules are written, it wouldn’t matter if the food was unsafe or not. If temperatures strayed by even one degree outside the shipper guidelines, the load would be considered adulterated.”

A number of provisions have drawn questions, comments and opposition from retail grocers, food manufacturers, growers, carriers and industry and consumer organizations. A number of commenting parties, including the American Trucking Associations, the Produce Marketing Association, the Global Cold Chain Alliance, Wal-Mart and C.R. England, raised the question of quality versus food safety.

Under the proposed regulations, rejected loads couldn’t be sold for salvage at a discounted rate, as is the case now.

Wal-Mart said it’s concerned the vague wording could “lead to unnecessary increases in cargo claims, transportation and disposal fees, and a disruption of the overall supply chain. Food waste also continues to be a key national concern, and the proposed rule could lead to a significant increase in the waste of foods that are still safe for consumption.”

Another issue is the definition of “shipper,” with comments suggesting the FDA needs to clarify the meaning because, as written, it could be construed to mean shipper, receiver, broker, warehouse operator and sometimes even a carrier. The definition is key, because the rules hand certain legal responsibilities to shippers, as opposed to carriers.

The proposed rules are designed to cover food carried by domestic truck and rail, but a number of comments questioned whether export cargoes are included. The World Shipping Council this year sent a memo to its members urging them not to submit comments because the rule pertains only to domestic truck and rail movements. The Agriculture Transportation Coalition was among those wondering if the FDA included exports in the regulation and urged the agency to clarify the issue and exclude from the final rule any shipments destined for export. C.R. England’s comments noted the trucking company did a lot of cross-country transportation between the U.S. and Mexico and asked for clarification on whether the rules cover those movements.

Brecht says his reading of the rules makes it clear the proposed rule would apply to shipments of food moved under through bills of lading from overseas locations to inland points and shipments moved by rail and truck from Mexico and Canada into the U.S. “I was in a meeting where I asked point blank if international shipments were covered if they move under a joint bill of lading, and was told by an FDA official that they are covered,” he said.