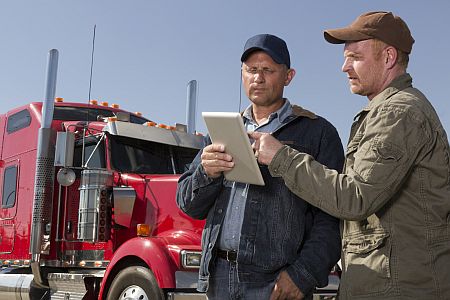 The national shortage of trained and qualified truck drivers will hurt the industry in the current freight transportation cycle, according to analysts with Morgan Stanley.

The global banking company reports that barge and rail capacity are set to see the greatest expansion in the short term.

“When freight volumes reached prior peaks, there were usually 1-2 years of additional growth before volumes started to decline, a lead indicator of recessions,” said analyst William Greene. Greene said that meant roughly a year to two years after a peak in U.S. freight cycles there would be a contraction. According to data from Bloomberg, truck drivers are at shortage levels, truck loads have increased and the price-to-shipping (excluding fuel) has remained elevated since the 2009 dip.

To make matters worse for trucking is the heavily utilized active truck population used to move freight. If truck shipments increase, trucking companies will need to put out money to train new drivers or push the legal limits of what the current drivers are able to do.

Current federal regulation makes it very difficult for drivers to earn money, according to some analysts. A driver under U.S. law is allowed a 14-hour work day limit and an 11-hour daily driving limit, according to the Federal Motor Carrier Safety Administration.

Should a driver be forced to wait to unload/load at a yard, that wait time eats into hours and leads to further delays in deliveries, which is not optimal for outlets shipping goods. This means instead of making new hires, some companies will more likely push the limits of existing drivers already on the books. This could result in more tired drivers and non-compliance with FMCSA safety rules.

“Additionally, GE economists remain optimistic that the domestic economy will continue to gradually improve and expect real U.S. GDP growth to accelerate from 2.1% in 2014 to 2.6% in 2015,” he added.

Zimm did acknowledge that the industry has its challenges as well.

“Historically high driver turnover, hours of service and other regulatory related operating inefficiencies, driver shortages plus upward pressure on driver wages are likely to remain headwinds for the industry,” he said, pointing out that LTL carrier Con-way is planning to spend $60 million in 2015 to boost driver wages and benefits.

Still, the economic metrics seem to be aligning to the benefit of the U.S. freight transportation industry, based on what GE Capital is seeing. Here are some leading indicators, according to GE Capital.