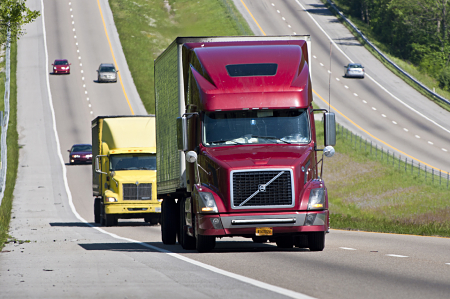 European Union (EU) regulators are investigating a number of the world’s top truck makers suspected of conspiring to fix prices.

The Commission recently announced that it had sent formal charge sheets to several manufacturers it suspected of price fixing, marking the next phase of a complex investigation that began with raids on a number of companies’ headquarters in January 2011.

Daimler, Volvo and Iveco parent CNH Industrial all confirmed receipt of the European regulator’s so-called statements of objections, together with Volkswagen-controlled Scania and MAN.

Companies can be fined up to 10 percent of their annual revenue if the Commission concludes that there is sufficient evidence of an infringement of EU rules barring cartels and the abuse of market dominance.

New EU Competition Commissioner Margrethe Vestager said that she believed the case would be extremely difficult to resolve though agreed settlements, in which companies typically pay reduced fines in return for admitting anti-competitive behavior to expedite the investigation.

In March, ball bearings manufacturers were jointly fined $1.2 billion for such activities.

“Fighting cartels will be one of the priorities during my mandate because companies should compete and not collude,” said Vestager. “This is a very old cartel that had its peak ten years ago but that has continued.”

Volvo, based in Gothenburg, Sweden, said it is evaluating the implications of the statement of objections. MAN also said it received the EU complaint. DAF Trucks NV, part of Paccar Inc. and its German arm said they were informed that they will be receiving objections.

“It’s a case that has been going since 2011, dealing with alleged prohibited exchange of information among truck makers,” said MAN spokesman Sacha Klingner. “Since it’s an ongoing case, we’re not commenting further.”

Daimler AG, the largest truck maker by volume, said it has “knowledge” of the objections. “We’re waiting for the official notification,” said Ute Wueest von Vellberg, a company spokeswoman.

Vestager, who took office this month, also emphasized the broader impact of price-fixing.

Vestager said the suspected price-fixing regime carried out by the companies may have had a negative impact on the thousands of small road transport companies in the EU who average less than 10 employees. The case will move ahead quickly, Vestager said, adding that “keeping the cost of road transportation high has a domino effect on the rest of the economy.”

In its 2013 annual report, Volvo said it may face a significant financial hit as a result of the price-fixing probe.

“It is probable that the group’s result and cash flow may be materially adversely affected as a result of the ongoing investigation,” the company said.
Daimler has also warned shareholders that it may have to pay “considerable fines”.

The U.K. dropped a civil probe into a truck-manufacturing cartel in 2012, saying the EU was “particularly well placed” to handle the investigation on a wider level. British authorities ended a criminal probe into the trucks industry in 2011 that led to the arrest of a Daimler executive, citing lack of evidence.

The EU’s rules on competition are designed to ensure fair and equal conditions for businesses, while leaving space for innovation, unified standards, and the development of small businesses.

In practice this rule only prevents a small number of mergers going ahead. Larger companies that do a lot of business in the EU cannot merge without prior approval from the European Commission – even if they are based outside the EU.

Large firms are barred from using their bargaining power to impose conditions that would make it difficult for their suppliers or customers to do business with their competitors. The Commission can fine companies for this practice, because it leads to higher prices and/or less choice for consumers.

EU investigations into anti-competitive practices cover not only goods but also the liberal professions and services, including financial services, such as retail banking and credit cards.