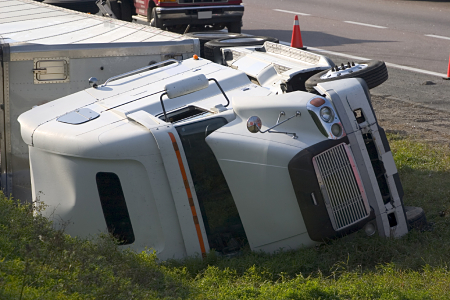 The Federal Motor Carrier Safety Administration (FMCSA) is making another run at increasing liability coverage for trucking operators after being rebuffed by Congress earlier this year.

FMCSA seeks public comments on these topics. Comments on the proposed rule are due to FMCSA by Feb. 26, 2015.

The U.S. House of Representatives voted down a similar request in June when the agency proposed boosting the minimum level of financial responsibility for motor carriers above the current $750,000 requirement – which has been in place since 1982.

The agency is revisiting the issue in part because of a report sent to Congress in April that determined while catastrophic crashes involving motor carriers are rare, the costs for resulting severe and critical injuries can exceed $1 million and that current insurance limits do not adequately cover these costs.

While the study’s findings provided preliminary support for increasing the current levels of financial responsibility, the Agency is seeking additional information. Highlights from the study include:

Catastrophic motor carrier-related crashes are relatively rare. Based on limited available claims data, it was estimated that catastrophic crashes, which are defined as crashes resulting in claims for injury, death, and/or property damages that exceed the current minimum levels of financial responsibility, comprised less than one percent of all CMV crashes (about 3,300 of 330,000 total crashes per year).

Insurance premiums have declined in real terms since the 1980s. The analysis revealed the stability of insurance rates over the last three decades. Insurance rates for the same level of coverage (e.g.,$750,000 or $1 million) have declined slightly on average in nominal terms, hovering around $5,000 per power unit (truck or bus). Additionally, inflation-adjusted premium rates have also declined over the same period.

Current insurance limits do not adequately cover catastrophic crashes, mainly because of increased medical costs. Since 1985, when the current minimum levels were established, the real value of insurance coverage has decreased. Because medical costs have increased significantly, insurance coverage at the statutory minimum levels does not cover as much of the cost of a catastrophic crash as it once did. From 1985 to 2013, the medical consumer price index (CPI) increased at a significantly higher rate than the core CPI (4.9 percent annually for medical care, compared to 2.8 percent for core). Thus, had minimum financial responsibility levels kept pace with core CPI or medical CPI, by 2013, these minimum levels would have been higher.

Comprehensive data on premiums that motor carriers would incur to meet higher coverage limits were not readily available. The insurance underwriting process is specific to individual motor carriers and there are no uniform pricing practices (other than limits that might be imposed by state regulations). The insurance industry is protective of its pricing data and underwriting processes for competitive reasons. Accordingly, available information was largely generic and limited. Motor carrier risk managers were also reluctant to disclose their insurance premium expenses. The study, therefore, did not assess the regulatory cost of potential insurance premium increases.

FMCSA’s report to Congress also included research findings from other organizations which have studied the appropriateness of the current minimum insurance levels, such as the Pacific Institute for Research and Evaluation (PIRE), the Alliance for Driver Safety and Security, Inc. (Trucking Alliance), and the American Trucking Associations (ATA).

To agency said it is now soliciting information based around 26 questions regarding “financial responsibility” as part of a renewed effort to propose changes to current trucking insurance rules.