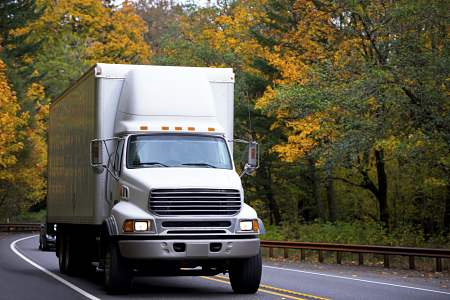 The U.S. Department of Transportation (DOT) has delayed until next year completion of a comprehensive study of truck size and weight, frustrating many in the industry.

“We recognize many people, including Congress, are eagerly awaiting the release of the report,” said a DOT spokesperson.

“However, the department is committed to producing the most objective, data-driven report possible. Based on the current status and the scope and importance of the task at hand, we have had to delay completion of the study until 2015.”

The study was due this fall as part of preparation for the next highway bill. The bill also was originally due this fall, but Congress pushed it back to May because it could not resolve political differences over how to pay for the federal highway program.

The study is intended to give Congress an objective assessment of the controversial issues surrounding truck sizes and weights.

Large trucking companies and shippers say the current federal limits are outdated and are preventing productivity increases that could go a long way toward relieving highway congestion and improving safety.

On the other side of the issue, some owner-operators, safety advocates and labor unions say heavier trucks are an unacceptable safety risk. The railroads oppose any capacity increase for trucks.

The 2012 highway bill ordered DOT to do a comprehensive analysis to provide Congress the background for a decision.

The work is being done by the Federal Highway Administration, which is looking at the safety and economic implications of changing the federal limits.

The study is comparing trucks operating at current size and weight limits to bigger and heavier trucks on the basis of crash rates and other safety risk factors, as well as the costs of effective enforcement, and the impact of the equipment on pavements and bridges. It is also looking into the impact on truck-rail competition.

The Federal Highway Administration has chosen the types of vehicles it will compare in its comprehensive study of truck sizes and weights, and is gathering reams of data on how these configurations would affect safety, infrastructure, enforcement and competition among the modes.

The research is intended to identify the impact of any changes, according to Tom Kearney of the FHWA Freight Analysis and Research Team.

Based on ongoing public outreach efforts, opposition groups are concerned about how a change in the limits might affect the competitive balance within trucking and between trucking and rails.

In a recent workshop, the research team explained that in addition to estimating the distribution and volume of any freight shift that might occur, it will look at the energy, emissions and traffic implications as well.

It will estimate the total logistics costs for the control vehicles and compare them to estimates for the alternative configurations.

Ryan Bowley of the Owner-Operator Independent Drivers Association wanted to know what steps the researchers are taking to look at the impact on small carriers. OOIDA has opposed any increase in the limits.

Jim March, a consultant on the research team, replied that the study won’t look at different segments of the trucking industry. He acknowledged that small carriers typically are slower to adopt new equipment configurations than bigger, better financed carriers, but said the researchers don’t have a good way to analyze that.

Another OOIDA official, Tom Weakley, asked if the agency is going to consider the environmental impact of having to do more highway repairs due to bigger, heavier trucks.

An agency official said the study will cover energy consumption and emissions from the trucks themselves, but that it’s beyond the scope of the study to look at the impact of highway repair.

Phillips asked if the study will account for profit margins as well as costs in its analysis of freight shift between trucks and railroads.

“In many cases, traffic will not shift if the non-trucking mode opts to lower shipping rates to retain the traffic,” she said.