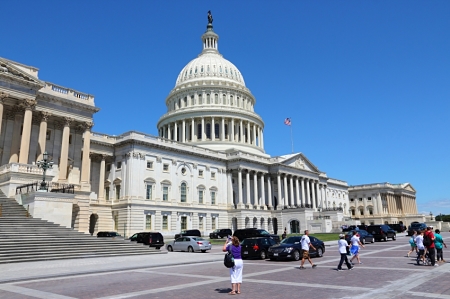 A controversial Hours of Service (HOS) restart rule that required truck drivers to take two periods off between 1 a.m. and 5 a.m. during their 34-hour restart, and limited use of the restart to once a week was suspended last week when President Obama signed a trillion-dollar omnibus funding package that included the HOS rule suspension.

The legislation requires the Federal Motor Carrier Safety Administration (FMCSA) to conduct a “real world” study of those regulations.

The rule suspension will remain in effect until Sept. 30 2015 or until the agency has completed the mandated impact study.

The American Trucking Associations (ATA), a strong opponent of the restart rule, thanked Congress – particularly Sen. Susan Collins of Maine – for the legislation.

“We have known since the beginning that the federal government did not properly evaluate the potential impacts of the changes it made in July 2013,” said ATA President and CEO Bill Graves. “Now, thanks to the hard work of Senator Collins and many others, we have a common sense solution. Suspending these restrictions until all the proper research can be done is a reasonable step.”

The Collins Amendment language, which was adopted by a strong bipartisan vote of the Senate Appropriations Committee, suspends the restriction on the use of the so-called 34-hour restart that requires drivers to take two consecutive periods of 1am to 5am off during the restart, thus pushing them into riskier daytime driving and then lifts the restriction on using the restart more than once every 168 hours.

The rules suspension came in spite of opposition from the Administration, which lobbied against the Collins Amendment.

“Basically, [the restart rule] requires that drivers have the opportunity to take a very real rest and catch up on sleep before working another very long week,” said Foxx. “The net effect of these changes was to reduce the average maximum week a driver could work from 82 hours to 70 hours.”

Foxx said he was “voicing my strong objection to this rider” as it will have the effect of once again allowing a segment of the trucking industry to operate an average of as many as 82 hours per week.

Joan Claybrook, president of Public Citizen and a former chief administration for FMCSA, took a much harsher tone in her statement concerning the restart rider.

ATA Chairman Duane Long said the previous rule was working. “Fleets from around the country, including mine, tried to tell FMCSA that the previous rules were working just fine and that these new restart provisions were going to cause unintended problems.”

FMCSA said it is working to ensure that the 12,000 state and federal motor carrier enforcement personnel are prepared for the change. The enforcement community has expressed concern about this process.
The future of the restart rule appears to depend on what the study finds.

The law is specific about the timeline and about what the study should cover but it does not say what the Department of Transportation must do in response to the study.