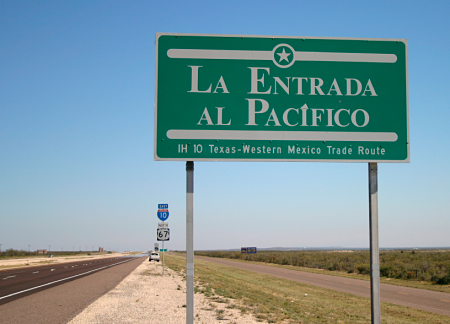 Mexican long-haul truckers are now welcome to apply for long-haul permits in the U.S., according to the U.S. DOT.

Long opposed by U.S. trucking firms, the measure is expected to bring to an end $2 billion in trade tariffs that were imposed by Mexico because of the trade dispute.

“The policy change is expected to result in the permanent termination of more than $2 billion in annual retaliatory tariffs on U.S. goods and follows a three-year pilot program that tested and validated the safety of Mexican trucking companies to operate long-haul in the U.S,” the DOT announcement said.

Transportation Secretary Anthony Foxx said opening the border to “a safe cross-border trucking system with Mexico is a major step forward in strengthening our relationship with the nation’s third largest trading partner, and in meeting our obligations under NAFTA.”

“Data from the three-year pilot program, and additional analysis on almost 1,000 other Mexican long-haul trucking companies that transport goods into the United States, proved that Mexican carriers demonstrate a level of safety at least as high as their American and Canadian counterparts,” Foxx added.

“The successful conclusion of the pilot program provides the basis for the permanent resolution to this dispute,” said Ambassador Froman. “We have been, and will continue to work with Mexico to ensure that the threat of retaliatory duties will now be brought to a swift conclusion as well. Formally concluding this process will help us continue our work to expand trade and investment opportunities between our countries.”